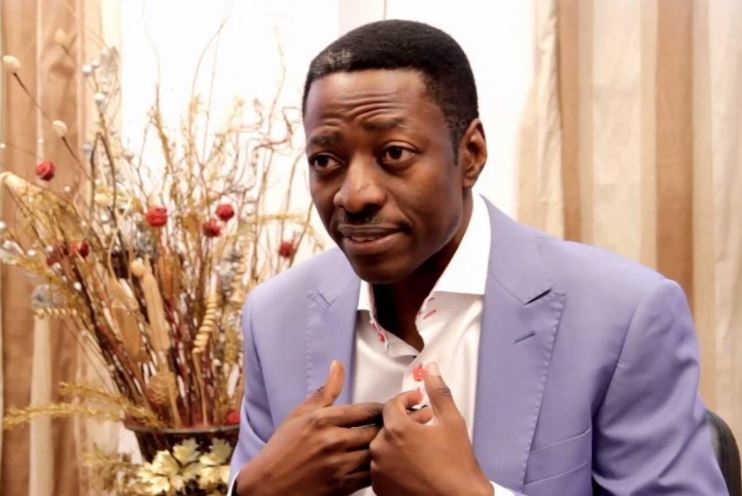 The clerics have condemned the police for attacking protesters during #EndSARS protests.

Sam Adeyemi, the senior pastor of Daystar Christian Centre and other prominent Nigerian clerics have condemned the police for firing bullets and tear gas in an attempt to forcefully disperse the #EndSARS protesters.

‘‘It is totally unacceptable for the police to fire teargas at young citizens attending non-violent #ENDSARS protests. We cannot sustain the idea that the voice of the African youth is not to be heard. To our young citizens, please continue to speak,’’ Mr Adeyemi tweeted Sunday.

‘‘We are not going to be leaders tomorrow, we are leaders already. Leaders lead with vision and broad perspective. #ENDSARS is a beachhead. The war is bigger. Have a clear picture of a developed Nigeria. Push for a change in values and in the power equation.

“I appeal to leaders in government and the police force, please listen and respond. #ENDSARSNOW as a courageous commitment to change. When people are not heard, they raise their voices. This is a generational opportunity to move 200m people, mostly youths, to achieve development.”

Scores of residents of Abuja and Lagos, including celebrities, continued their protest against police brutality despite the dissolution of the police unit as announced by the Inspector-General of Police, Mohammed Adamu.

Mr Adamu announced the dissolution on Sunday afternoon during a press conference at the force headquarters in Abuja.

His tweet read, “There is a threshold of decency below which no human being must fall, and I reject any status quo where citizens become disposable or the right to life becomes negotiable.”

https://t.co/W6M7Hq6Qcm is totally unacceptable for the police to fire teargas at young citizens attending non-violent #ENDSARS protests. We cannot sustain the idea that the voice of the African youth is not to be heard.

On his part, Johnson Suleman, the founder of Omega Fire Ministries, maintained that Nigerians want an executive order to that effect (referring to SARS disbandment).

On Sunday morning, the cleric also observed a moment of silence in his church for people who were unjustly killed by SARS.

Tommorrow morning before preaching,I shall be having a moment of silence for every one who has unjustly been killed by SARS..I advise all pastors to do the same…#EndSars

Other influential Nigerian Christian clerics, like Enoch Adeboye of Redeemed Christian Church of God and founder of Living Faith Church, David Oyedepo, are yet to issue any public statement on the #EndSARS movement.