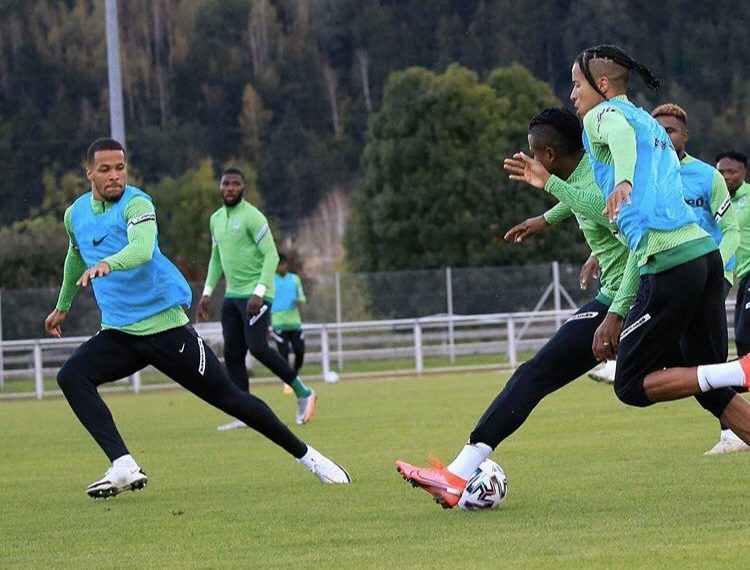 Nigeria v Algeria | What to expect and the players to watch

After the long-drawn-out drama of the Nigeria Football Federation [NFF] giving a new deal to Gernot Rohr, the Super Eagles manager is back in the familiar terrain of producing a team that makes Nigerians proud. On Friday, at the Jacques Lemans Arena in Austria, his team will face Algeria, current African champions and fourth-ranked by FIFA in Africa, after Nigeria in third place behind Tunisia and Senegal.

The current COVID-19 pandemic and injuries to some key players and the invitation extended to eight new players makes it expedient that Rohr will have to try new players and new schemes as he rebuilds the Eagles for the next Nations Cup and the 2022 World Cup qualifiers. In a virtual question-and-answer session conducted on October 8, from Austria, Rohr said, “I want to see good football, I want to see the same spirit we had long time…I want to see new faces. It will be interesting to discover these [new] players in game situations, having performed well in the training sessions.”

While Nigerian football fans expect a victory, whether it is a friendly at a park or wherever they play the game, Rohr has insisted that a victory is not what he is really for in the two friendly games against Algeria and Tunisia. “These two games are like a test for us as we prepare for AFCON and World Cup qualifiers…so the result is not the most important but the preparation for the future.”

Rohr also revealed that Paul Onuachu–invited to replace Victor Osimhen – will have to adapt his game to the team and not the team playing to the Genk striker’s strengths, especially in the air. “The team doesn’t have to adapt [their tactics] to one player. He [Onuachu] has to adapt to the collective. He has to integrate his qualities and adapt to the team – we will not change our game for him. His strength, his physicality in the air is however an advantage we can exploit when we are under a severe press,” Rohr explained.

The injury to Wilfred Ndidi–a second serious one in the last 12 months is a signal to the Super Eagles technical crew to intensify the search for a capable substitute. His partner in crime, Oghenekaro Etebo also pulled out because of an injury also, which means the double pivot in front of the back four that Rohr has relied on for almost the entire duration of his managerial reign has been yanked off. Ramon Azeez was not invited, which means Rohr will give debuts to 22-year-old Frank Onyeka, who plays as a box-to-box midfielder for Danish team, FC Midtjylland. Onyeka, this season has helped his team, for the first time ever into the UEFA Champions League group stage, scoring a goal in their decisive 4-1 win over the better fancied Slavia Prague.

Coming up against Onyeka for that midfield position will be Mikel Agu, whom Rohr has fancied for a long time. Agu, 27, has played twice for Vitória Guimaraes in the Portuguese league and has won seven caps since his debut, under Rohr, in 2017. We base the comparison below on Onyeka’s participation in the Champions League and Agu’s two league appearances.

Rohr added: “It is not a friendly or a revenge game [against Algeria] but a preparation game where we test new players – we have a new midfield – we have to see if we have the people who can replace them very well and play still, the same good football.”

The match kicks off at 7:30 pm and you can follow the live updates on Premium Times HERE.