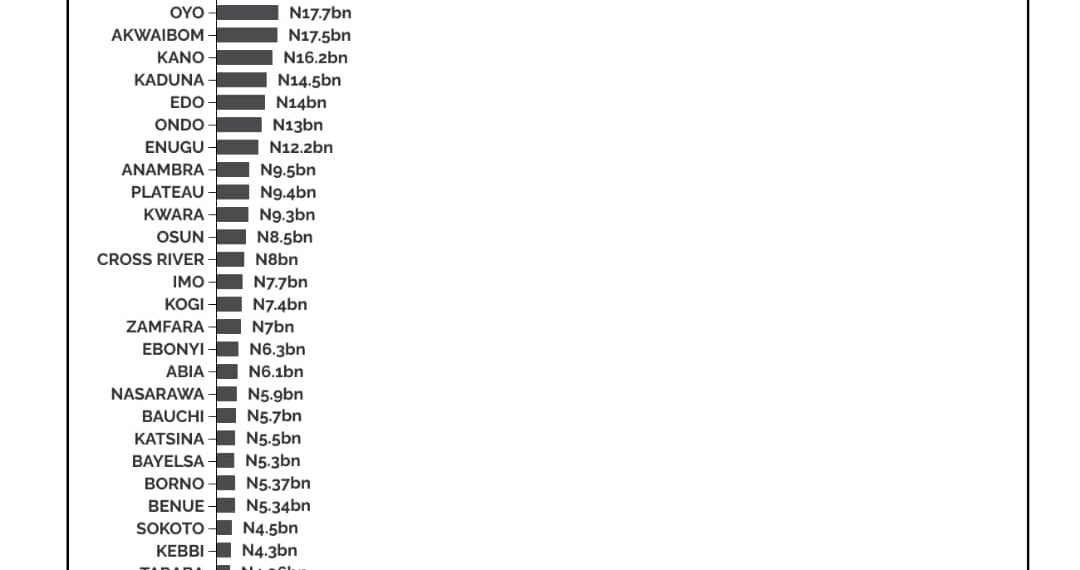 The index in Tuesday's report revealed that the IGR of Lagos State, put at N204 billion, is higher than that of at least 29 states put together.

The quartet of Lagos, Rivers, the FCT and Ogun State raked in a total internally generated revenue more than all other 33 states of the federation combined in the first half of 2020, the National Bureau of Statistics (NBS) said.

The NBS said the 36 states of the federation and federal capital territory generated N612.87 billion in the first half of 2020.

Of the total amount, the aforementioned states and the capital city earned N335 billion, equivalent to 54 per cent. Other states made a total of N277 billion (46 per cent).

The index in Tuesday’s report revealed that the IGR of Lagos State, put at N204 billion, is higher than that of at least 29 states put together, with only Rivers, FCT, Ogun, Delta, Oyo, Akwa Ibom, and Kano states as exceptions.

Trailing them are Akwa Ibom with N17 billion, Kano, N16 billion. Kaduna and Edo are next with each earning N14 billion.

Sitting at the foot of the index are Benue states with N5 billion; Sokoto, N4 billion, about the same amount made by Taraba and Niger state.

Details of the NBS report said states internally generated revenue (IGR) totalled N612.87bn as compared to N693.91bn recorded in H1 2019, a reduction of about N81 billion.

This indicates a negative growth of -11.7% year on year, the bureau noted. 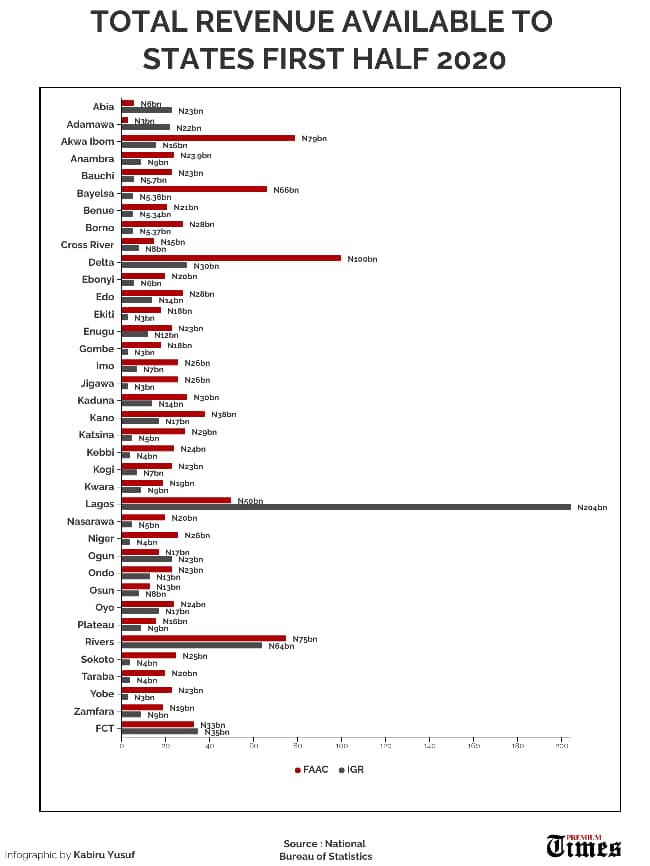 According to the report, FCT, Lagos and Ogun are the only states that generated more revenue than their allocations from the federation account, an indication that a drop in oil prices, the nation’s lifeblood, would have a ripple effect on the other states.

Lagos and Ogun share the same border in South-West Nigeria.

Further breakdown of the report revealed that the net federation account (FAAC) in the first half of the year 2020 was put at N1.1 trillion, while the total revenue available to the states including the FCT was put at N1.73 trillion.

In 2019, apart from Lagos and Ogun, only the FCT generated more revenue than it did federal allocation too.