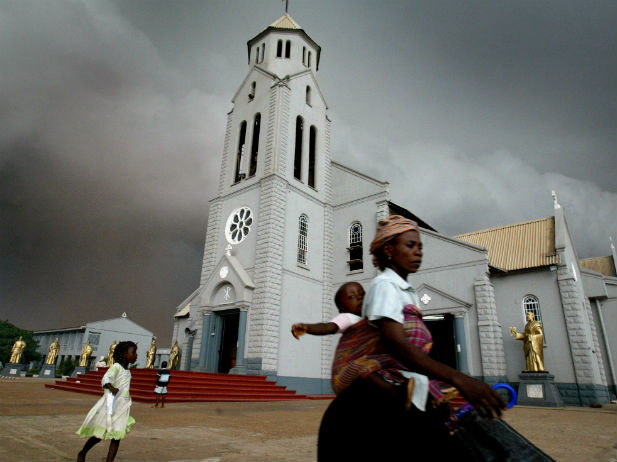 A Catholic Church used to illustrate the story

Armed robbers beg Priest for forgiveness while robbing him

“I love the confidence and the calmness in them. One of them, for anything he picked, he would say forgive us Father."

Solomon Ukeyima, the Parish Priest of St. Augustine Parish, Demekpe, in Makurdi, has said that one of the armed robbers that invaded the Parish House kept begging for forgiveness after picking each item in the house.

“The robbers were calm throughout the operation. They kept begging for forgiveness. They did that throughout the period of the robbery,” Mr Ukeyima told the News Agency of Nigeira (NAN) in a telephone interview on Monday.

“I love the confidence and the calmness in them. One of them, for anything he picked, he would say forgive us Father,” he added.

He said that the robbers invaded the Parish House around 2 a.m. on Monday and carted away several valuables.

“The robbers demanded for N5 million or dollars from me, but I told them that I don’t have that kind of money.

“I told them what I had and gave that to them,” he said.

He said that the robbers appeared relaxed throughout the operation that lasted less than one hour, and spoke good English.

He said that the robbers broke into his bedroom having scaled the perimeter fence to the Parish House and the window to the Priest’s parlour.

According to him, they made away with proceeds of thanksgiving by four families, offertory, phones, selected footwears, sound system and some drinks, amongst others.

Mr Ukeyima asked for prayers for the robbers to change from their evil ways, saying that he had since forgiven them.

“I have forgiven them and I ask others to also pray for them. They are young people. There is one of them that was speaking impeccable English.

“Let them make a complete u-turn and put to good use the talent that they have,” the priest said

The Police Command in Benue confirmed the incident and vowed to apprehend the criminals.

“The incident has been reported to us and we have begun investigation,” Catherine Anene, the command’s Public Relations Officer, told NAN.