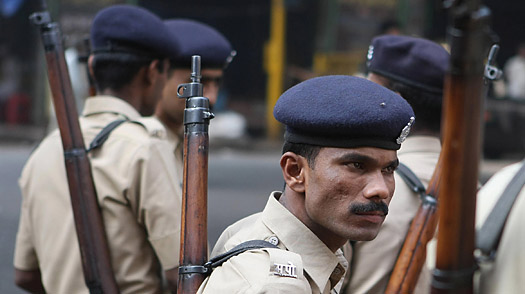 A Nigerian national, Sylvester Owen, has been arrested in India for attempting to smuggle 1,980kg of ecstasy pills into the country through an international courier.

According to a report published by the Indian Express, Mr Owen, 41, was arrested on Thursday by a joint operation by customs officials and police.

The security forces intercepted the illicit drugs which were concealed inside an electric massager that came on a DHL Express cargo flight from Brussels, at the Kempegowda International Airport, Bengaluru, in the southern Indian state of Karnataka.

The Customs Joint Commissioner, J. D Chetan, said the suspect who resided in Mumbai, until he moved to Bengaluru last month, was apprehended by the operatives after he showed proof of ownership to the parcel containing the illicit drugs.

The official said, “after removing the contents, we repacked it and made a DHL agent call Owen on Thursday morning to say that the parcel would be delivered shortly. Owen asked the agent to come near a bakery at Hommadevanahalli in Horamavu.”

“A DHL van, with a driver and two customs officials masquerading as cargo centre employees, headed to the location, with officials following close behind.

“When one of our staffers handed over the parcel, Owen showed his identity proof with a passport. After confirming his identity, we nabbed him in the middle of the road.

“He is well-built and resisted, but was overpowered and taken to the customs office.”

According to the reports, the police and customs officials also recovered about 200g of cannabis from his house.

It said the accused had set up a small business in Mumbai, selling African hair, that acted as a front for his illegal activity.

“We expect crucial information from him to nab bigger fish,” the official added.

US Open: Osaka comes from a set down to claim 2nd title