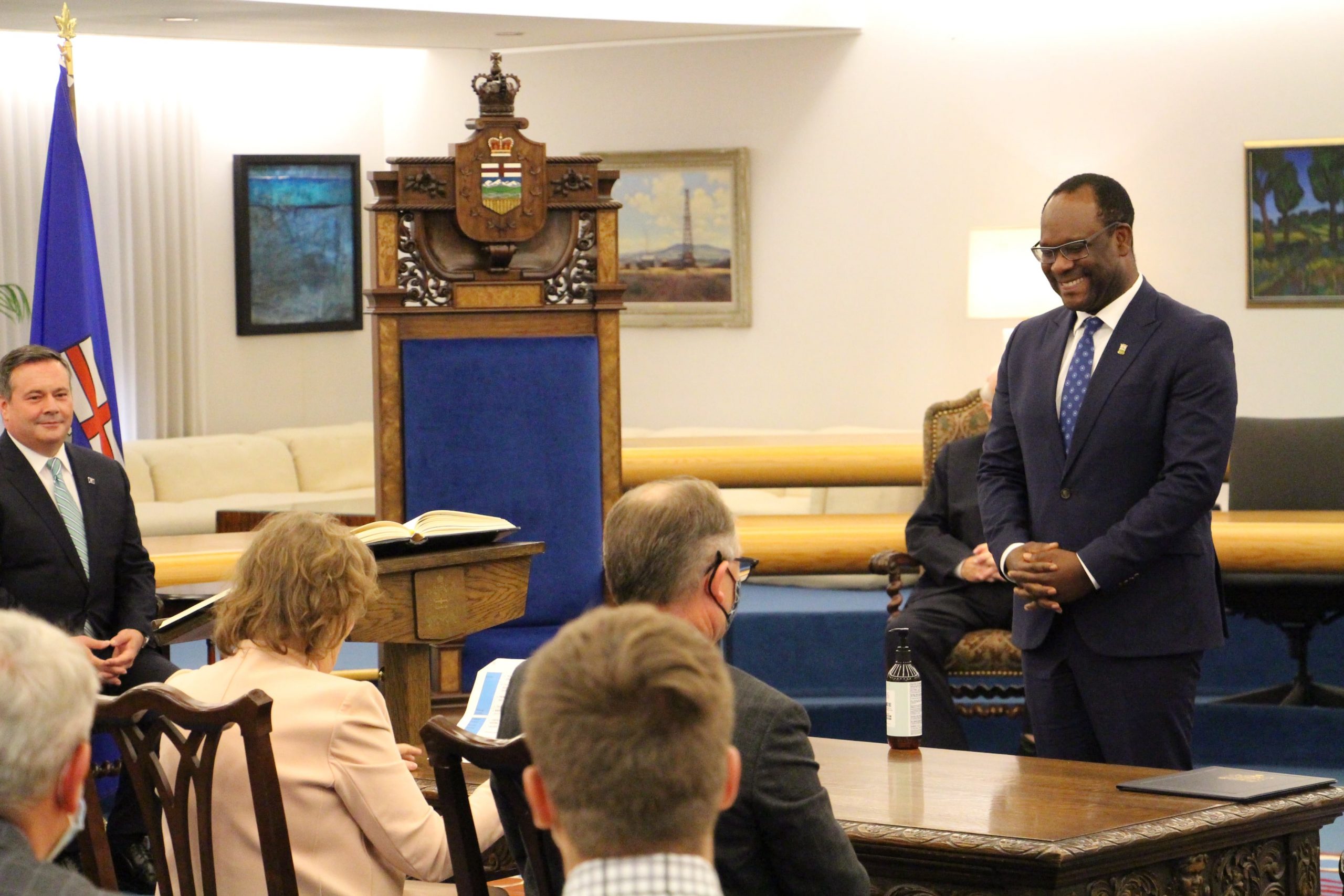 A Nigerian-born Canadian, Kaycee Madu, has been appointed as the justice minister and solicitor general of Alberta, a province in Canada.

The 47-year-old was born and raised in South-east Nigeria. He graduated from the University of Lagos with a law degree in 2001. He has practised law in both Nigeria and Alberta.

According to CBC News, he and his wife relocated to Canada in 2005.

With the new appointment, he replaces Doug Schweitzer, the new minister of jobs, economy and innovation.

Prior to his appointment, Mr Madu was a member of the legislative assembly of the province representing the district of Edmonton-South West after winning the 2019 Alberta general election.

On April 30, 2019, he was appointed to the Executive Council of Alberta as the Minister of Municipal Affairs.

Mr Madu, a member of the United Conservative Party, is the first Nigerian-born cabinet member in Alberta.

Premier Jason Kenney on Tuesday said the appointment of Mr Madu makes a powerful statement at a time when Albertans have grown more sensitive to racial prejudice.

“[Madu] is a man who has experienced racial prejudice firsthand and can bring that sensitivity to this important role,” Mr Kenney said.

Based on the current state of affairs in the province, Mr Madu is expected to see to the changes in the Police Act, and provincial election finance laws proposed by the Select Special Democratic Accountability Committee.

Meanwhile, in a statement issued on Wednesday, Mr Madu stated that the importance of carrying the new ministry forward amid difficult social and economic times weighs heavily on his mind.

He said that his fundamental belief in equal access to justice has always informed his legal work, and that will never change.

“I spent my entire professional career fighting for those who lacked means, including at Legal Aid Alberta, Labour, Immigration, and Human Rights Tribunals, and in the courts. My views on the application of justice and equality will always be integral to who I am as a father, husband, citizen, lawyer, and politician.

“I am determined to make sure our justice system represents all Albertans in a way that is fair and accountable. In particular, I believe Modernizing the Police Act will be a necessary step towards ensuring equality for marginalised people before the law, and I look forward to that important work ahead,” he noted.

Open defecation to end in Nigeria by 2025 – Minister

Open defecation to end in Nigeria by 2025 – Minister