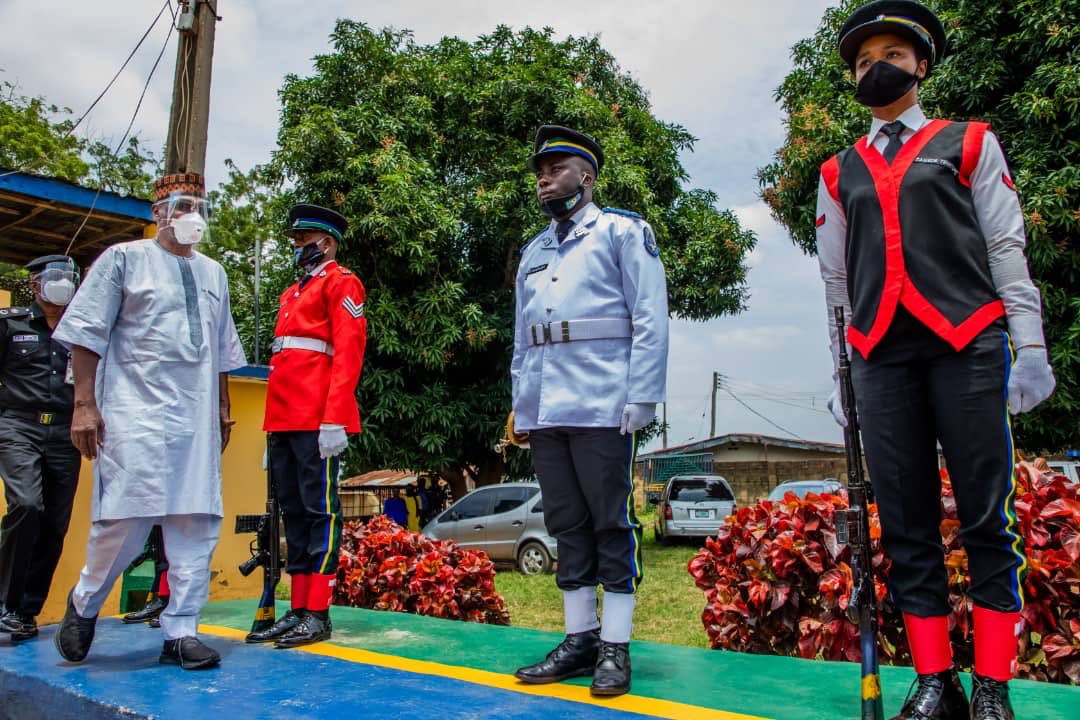 As part of efforts to strengthen internal security in Nigeria, the Kwara and Borno and Bauchi state governments have inaugurated the state Community Policing Advisory Committees (CPAC).

This is in line with President Muhammadu Buhari’s directive to immediately commence the implementation of community policing strategy across the country after the approval of N13.3 billion naira earlier this month.

Recall that the federal government inaugurated a 14-man committee to see to the implementation in 2019. Many states including Lagos, Rivers, Plateau, Enugu, Sokoto have also followed suit.

On Monday, Borno State, which is the epicentre of the Boko Haram crisis in the North-east region of the country, inaugurated the committee.

According to ThisDay, the Assistant Inspector-General of Police (AIG) in charge of Zone 15 Maiduguri, Lawan Ado, said the community policing would reduce crime, beginning from the grassroots in the state.

The AIG said community policing is the new global way of combating crime in the society.

“This has become the best global trend of combating crimes from the micro-level of the society. Apart from the involvement of the conventional local security outfits, local women, traders, and community leaders too must buy into the new approach of crime prevention,” he said.

On Tuesday, the Kwara State government inaugurated its advisory Committee. This was contained in a statement issued by the Chief Press Secretary to the governor, Rafiu Ajakaye.

“In February this year, our administration held a multi-stakeholder security dialogue on strengthening the existing security architecture in the state and exploring community initiatives.”

Mr Ajakaye noted that the committee will herald the commencement of the initiative in the state.

“This advisory committee will serve as another platform to engage local communities on matters of safety.

“I believe that community policing is an idea that is long due as our country tackles varying security challenges. It focuses more on using intelligence and constant interactions with the community folks to prevent crimes. However, what this means is that the success of this idea lies in everybody seeing security as our collective business.”

Members of the committee are assured of the state government’s cooperation and support to make the take-off of community policing a huge success, the spokesperson added.

“The inauguration of the committees is critical to my administration’s efforts to ensure peace and security across the state,” he stated in a tweet on Wednesday.

“As you are aware, across the world, community policing is based on the concept that police officers and members of the community work in synergy and adopt ways to solve contemporary community problems related to crime, social and physical disorder and other anti-social activities peculiar to each community.”