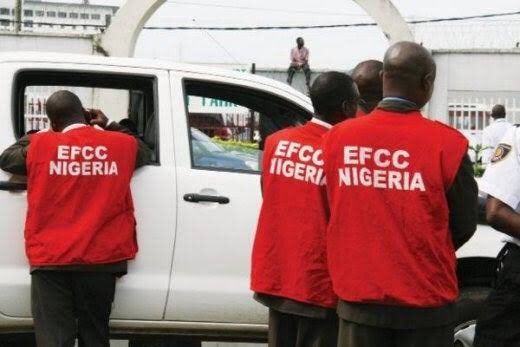 The anti-graft agency, EFCC, on Thursday said it secured the conviction of two Lebanese it accused of money laundering to a tune of $890,000.

Justice I. M. Sani of the Federal High Court in Port Harcourt, Rivers State, sentenced the duo after they pleaded guilty to the charges, according to a statement by the EFCC.

The agency said the Lebanese, Chamseddine Mohammed and Dina Khali, were apprehended by the Nigeria Customs Service in Port Harcourt and handed over to the EFCC on August 12, for further investigation.

The commission said their offences run contrary to Section 2 (3) of the Money Laundering (Prohibition) Act 2011 (as amended) and punishable under Section 2 (5) of the same Act.

“According to part of the charges, the first and second defendant committed the crime on the 1st July 2020 at Port Harcourt International Airport, Omagwa, Rivers State, for failure to declare a sum of $220,000.00 and $670,000.00 found in their Luggage onboard chartered flight with registration number 9HVFF to Lebanon,” the statement said.

The agency also disclosed that the money recovered from the suspects had been deposited with the Central Bank of Nigeria, Rivers State Branch.

The principal detective superintendent, Macaulay Olayinka, led in evidence by the prosecution counsel, told the court the two convicts were arrested for attempting to smuggle $890,000 out of Nigeria, through the airport.

“The said amount was found inside their luggage onboard a chartered flight with registration number 9HVFF to Lebanon.

Counsel to the defendants, Paul Ejiga, reportedly urged the court to temper justice with mercy as the defendants were first time offenders who had no previous criminal record.

Justice Sani consequently convicted and sentenced the defendants to two years imprisonment with an option to pay a fine of one million naira each.

The undeclared amount was ordered forfeited to the Federal Government of Nigeria.

In a separate statement, on Thursday, the commission said its operatives at the EFCC Port Harcourt zonal office apprehended four students of the University of Port Harcourt for their alleged involvement in a $111,500 fraud.

The commission said they were picked up from their hideout at Chibiak Avenue, Elenpranwo, Ada George, Port Harcourt, the Rivers capital.

The EFCC identified the accused as Prince Hyacinth, Rex Oghene, Odili Ifeayi and Uduak Williams, who allegedly defrauded about 15 victims.

The anti-graft agency said preliminary investigation established that the suspects are majorly involved in romance scam and also act as ‘pickers’ for an organised ring of fraudsters.

“While Prince Hyacinth parades himself as a Spain-based marine engineer to bait his victims, Rex Emadifie Oghene poses as a rig engineer based in the United State. The two other suspects, Odili Ifeayi and Uduak Samuel Williams present themselves as rig/marine engineers to defraud their victims.

The commission also said the suspects will be charged to court as soon as investigation is concluded.