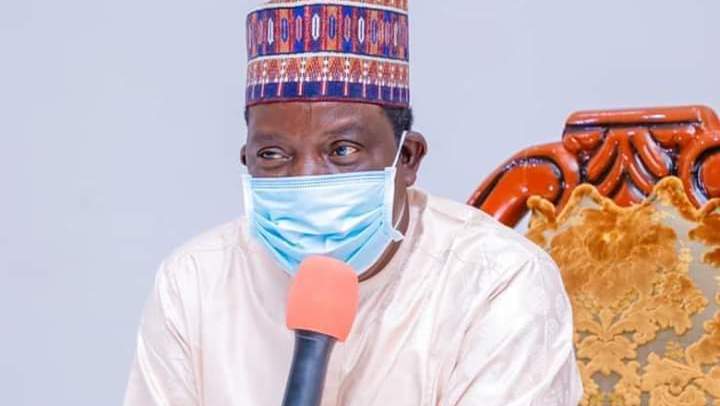 The 19 state governors under the Northern Governors’ Forum (NGF) on Wednesday called for an investigation into the claims made by a former Deputy Governor of the Central Bank of Nigeria (CBN), Obadiah Mailafia, that one of them is a commander of the Boko Haram group.

Mr Mailafia, a former presidential candidate of African Democratic Congress (ADC), had alleged that “one of the Northern governors is the commander of Boko Haram group in Nigeria.”

He made the assertions while appearing in a radio programme, Nigeria Info Abuja 95.1FM on Monday, alleging that pardoned terrorists revealed that a serving northern governor was a Boko Haram leader.

He also claimed to have had a chat with some repentant terrorists who identified the northern governor.

He was later invited by the State Security Service (SSS) for questioning on Wednesday. He was released hours later.

Mr Maliafa said, “During the lock-down, the insurgents were moving and distributing arms and ammunition across the country. We have met with some of their repentant high commanders, they have sat down with us not once, not twice.

The repentant Boko Haram are members of the deadly insurgent group who have either captured or members who willingly laid down there weapons to be reintegrated into their communities by the government after competition of the Deradicalisation, Rehabilitation and Reintegration (DRR) programme.

The Nigerian government had announced in July the integration of 601 ex-Boko Haram terrorists including 14 foreign nationals from Cameroon, Chad and Niger into the society.

However, many Nigerians and a serving senator representing Borno South, Ali Ndume, have since faulted the amnesty initiative, calling for the programme to be stopped.

Allegations too weighty to Ignore

In reaction, the Chairman of the forum, Governor Simon Lalong of Plateau State, has called on the security agencies to investigate the claims.

In a statement signed by the governor’s Director of Press and Public Affairs, Makut Macham, the governor said the forum found the allegation very weighty and deserving of investigation, Punch newspaper reports.

“The forum, which has been working with the federal government, security agencies, community, civil society, traditional and religious leaders as well as development partners to defeat terrorism, banditry and other forms of criminality in the region finds the allegation by Dr. Mailafia very weighty, which deserves further investigation.

“We, as Northern governors, have met severally to discuss insecurity in the region and the nation at large where we did not only condemn the activities of terrorist groups such as Boko Haram, bandits and other criminals but also engaged the President and all heads of security agencies in finding solutions to the problem.

“To now say that one of our members is leading Boko Haram is a serious allegation that cannot be swept under the carpet. We demand an immediate and thorough investigation.”

Unless you force out older leaders, you will not take leadership structure, Obasanjo tells African youth