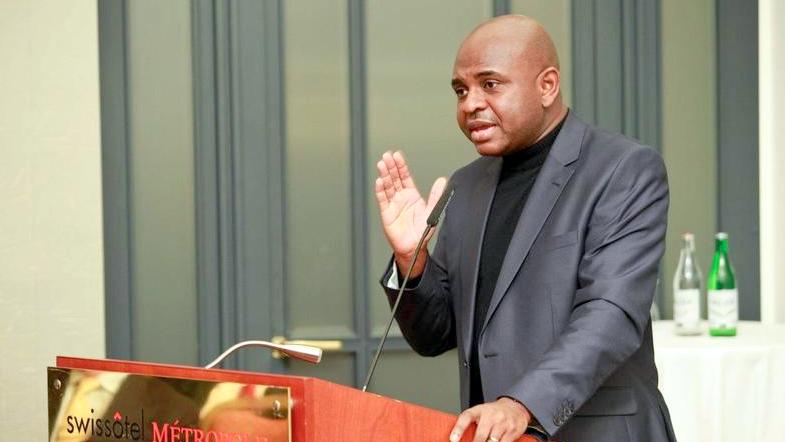 The presidential candidate of the Young Peoples Party in the 2019 general elections, Kingsley Moghalu, has denied reports that he had joined the ruling All Progressives Congress.

Mr Moghalu, in a statement to PREMIUM TIMES on Wednesday, described the report as “false, mischievous, and tendentious.”

“In late 2019 I resigned my membership of the Young Progressives Party, the party platform on which I was a presidential candidate in the 2019 elections, but I did not subsequently join, and have not joined, any other political party, said Mr Moghalu, a former deputy governor of the Central Bank of Nigeria.

“I am therefore not a member of any political party in Nigeria today.”

An online news medium, Elombah News, on Tuesday quoted the APC publicity secretary in Anambra State, Okefo Madukaife, as stating that Mr Moghalu has “decamped” to the APC.

“The article by Elombah News is doubly mischievous because, despite my denying this false claim when the online news outlet contacted me, Elombah News nevertheless went ahead to publish the story with this mischievous and misleading headline with no evidence to back it up, while burying my comment debunking the false claim deep inside its story. This is irresponsible journalism,” Mr Moghalu said.

READ ALSO: ANALYSIS: Ondo 2020: What the future holds for Akeredolu, Jegede as they battle again

“I ask the public to disregard this fake news report, and to be guided by this clarification.”

In his earlier response to Elombah News, Mr Moghalu had said the APC spokesperson might be referring to George Moghalu (no relation of his), former governorship candidate and a prominent member of the APC in Anambra State.

George Moghalu, however, has been a member of the APC since 2013 after his party, the All Nigeria Peoples Party (ANPP), merged with others to form the APC.