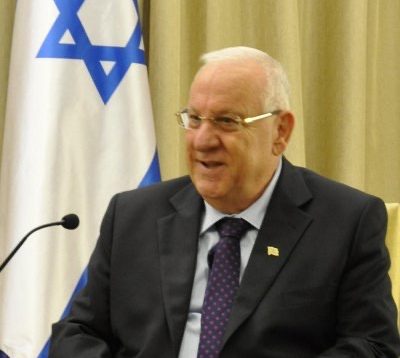 The Israeli Defense Forces (IDF) said on Monday that it opened fire at, and hit a group of “terrorists,” who were attempting to place an explosive device near the security fence between Israel and Syria.

The army said it “thwarted an attempt by 4 terrorists” to place the explosives.

“Our troops and aircraft fired toward the squad & a hit was identified,” the IDF said in a tweet, adding that they were “ready for any scenario & hold the Syrian regime responsible for all events in Syria.

“We understand that they are killed,” a senior IDF officer later told dpa, speaking of the four armed men.

An engineering force was in the area and was about to “neutralise” the bomb, he said.

He was unable to say to which organisation the group belonged.

Throughout the week, soldiers on lookout posts with a view of the border, had been aware of “suspicious” activity and seen men dressed as shepherds approaching the border fence, the officer said.

On Sunday evening, they again spotted suspects approaching the border at around 8 pm (1700 GMT).

At around 11 pm (2000 GMT) they spotted four armed men approaching the fence, placing an explosive device near the fence.

“After they placed the improvised explosive device, we opened fire at them,” the senior officer, who declined to be named, told dpa, first from the ground, and subsequently also from an Israeli aircraft.

The bomb was placed at an Israeli outpost that “wasn’t manned at the moment, but can be manned when necessary.”

The squad had crossed the so-called alpha line separating the Israeli-controlled Golan Heights and Syria.

However, they had not crossed the fence securing the border, built by Israel several metres inwards from the alpha line.

Israel, for the past weeks, has been on heightened alert along the borders with Lebanon and with Syria, after it reportedly unwittingly killed a member of the Lebanese Shi’ite Hezbollah movement in an airstrike outside the Syrian capital of Damascus, destroying an arms depot.

Israel has not confirmed or denied the airstrike, but admitted it was being “active” in both countries to prevent Iran from widening its influence in the region, whether through its proxies such as Hezbollah, or its own Revolutionary Guards.

Israel captured the Golan Heights from Syrian in the 1967 Six-Day War.

It applied its sovereignty over the strategic plateau overlooking the Sea of Galilee in 1981.

The heavily secured border has largely been quiet in recent years and incidents of this sort have been rare.