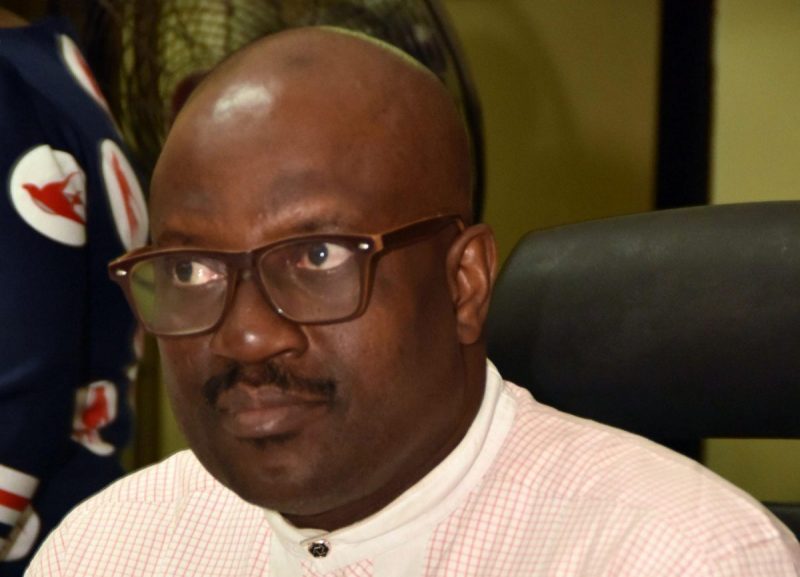 The management of the NDDC has debunked fresh rumours of financial impropriety in the Niger Delta Development Commision (NDDC).

The management, in a statement by its Director of Corporate Services, Charles Odili, described the rumours as a rehash of the allegations which led the National Assembly, on May 5, to order a probe of the administration of Kemebradikumo Pondei, the acting Managing Director at the Commission.

A lot of controversies have emerged around the commission in the past one month.

The two chambers of the National Assembly had, a few weeks ago, held investigative hearings to probe the allegations of corruption in the NDDC.

The commission is saddled with the responsibility of developing the oil-rich Niger Delta region of Nigeria.

One of the core mandates of the commission is to train and educate the youth of the oil-rich Niger Delta region to curb hostilities and militancy while developing key infrastructure to promote diversification and productivity.

Reacting to the fresh allegations, Mr Odili claimed the acting MD has run a very transparent administration since he came on board.

Let NDDC Serve the People of the Niger Delta

Less than two weeks after an exhaustive and exhausting public hearings by both chambers of the National Assembly, another round of false reports have surfaced in the media alleging all manners of improprieties by the management of the Niger Delta Development Commission.

One of the reports alleges that a fresh massive fraud has been uncovered in the Commission. Reading through the story, there is no evidence of fraud in the commission. The report is merely a rehash of the allegations which led the National Assembly, on May 5, to order a probe of the 74 day administration of Prof Kemebradikumo Pondei at the Commission.

Lest we forget, that probe was set up to uncover the sum of N40 billion missing from the Commission. In order to allay the fears of our stakeholders, we took the unusual step of publishing the list of payments made by the Commission since Pondei came into office. With that publication, the rug was pulled from the feet of our accusers.

When the hearings proper started, there was no talk of the missing N40 billion any more. It was now about financial recklessness. As we pointed out in an earlier release, the issue of missing money is one needing objective proof. The issue of financial recklessness is a matter of subjective judgment. The reports of the hearings have been submitted and it is clear there was no money missing at the Commission.

The response of the Commission to the new reports is that there is no fraud at the Niger Delta Development Commission. Prof Pondei has run a very transparent administration and this transparency is now apparent after the searchlight put on his administration in the past one month.

Another report rehashed the claim of the Contractors Association that the management demands between 20 per cent and 30 per cent kickback before paying contractors. We wish to state categorically that this is false. This allegation was made at the hearing of the Ad hoc Senate Committee which probed the affairs of the Commission.

The management of NDDC was at the hearing when the allegation was made and challenged the man who did so for evidence. There was no single case that he could allude to. Without any evidence, the allegation became so outlandish that not even a single newspaper reported it the following day. Prof Pondei famously said that if any contractor can prove he paid him any money, he would resign. Four weeks since that challenge was thrown on July 9, no one has come out with any proof. It is instructive that the Senate report did not adopt the allegation as valid. It beats the imagination why any newspaper will report a baseless claim, four weeks after it was made and for which no one can prove. The reporter claimed to have lifted the report from the report of the Senate Committee. We need to know why he did not report it four weeks ago when he was at the hearing.

We suspect that after the scheming of the past four weeks failed to achieve the purpose of sacking the management and scuttling the work on the forensic audit exercise, the schemers are out again to heat up the polity. The point they miss is that the forensic audit exercise is a project of Mr President. Hounding and haunting an innocent academic who is merely on a national assignment will not scuttle the audit.

We appeal to those who are putting their personal interests over and above that of the people of the Niger Delta to have a rethink, pull back and allow the Commission the space to serve the people of the region.