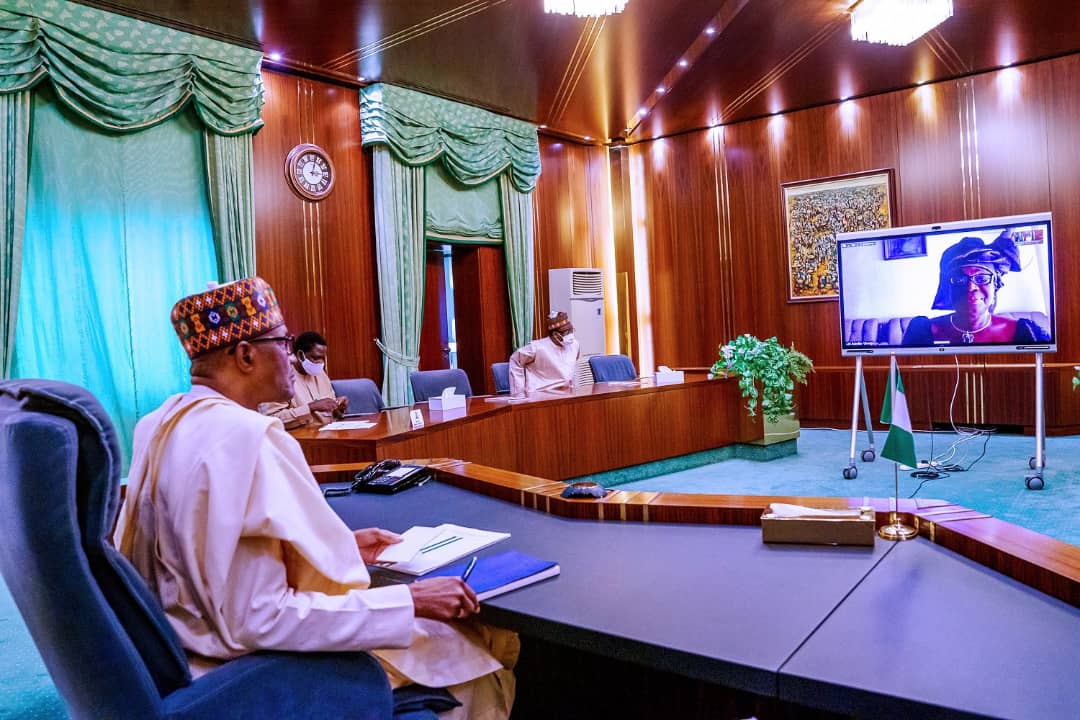 President @MBuhari receives in a virtual audience Mrs Florentina Adenike Ukonga, the Executive Secretary of the Gulf of Guinea Commission, from his office, at the State House, Abuja.

It’s in interest of Nigeria, others to strengthen Gulf of Guinea Commission – Buhari

It is in the best interest of member states, and of Nigeria in particular, to fortify the Gulf of Guinea Commission, so it can perform the roles for which it was set up, President Muhammadu Buhari has said.

The president spoke Tuesday in a virtual audience with the Executive Secretary of the Commission, Florentina Ukonga, a Nigerian.
“The Gulf of Guinea is very strategic, and it is regrettable that most member states of the Commission are not up and doing. We need to check the theft of oil through the Gulf, the smuggling of arms and ammunition, and the breaking of border regulations through the waters,” President Buhari said.

He promised that Nigeria would be alive to her responsibilities in terms of prompt payment of dues, adding that he would also write leaders of member states “to participate actively in the programmes of the Commission, and to defray their financial commitments.”

While thanking Angola, where the secretariat of the commission is based, for keeping faith with its responsibilities, President Buhari pledged that in spite of the economic challenges posed by COVID-19 pandemic, “we should keep the organization going.”

Mrs Ukonga had raised the many ills that plague the commission to include lack of funds, through non-payment of annual dues by member countries, poor attendance at meetings or sending of low-level representation, non-holding of elections to determine who the next chairman would be, since Nigeria finished her tenure in 2018.

The Gulf of Guinea Commission, she said, is the framework for consultation on issues of development and cooperation by members, lamenting that in the absence of such, there were deleterious developments like overfishing of the waters, oil theft, pollution issues, arms trafficking, and others.

She appealed to President Buhari to rally the leaders of member countries, “so that the commission can fulfil its purpose.”

Femi Adesina
Special Adviser to the President
(Media and Publicity)

FRSC reacts to report on ‘mismanagement’ of COVID-19 funds