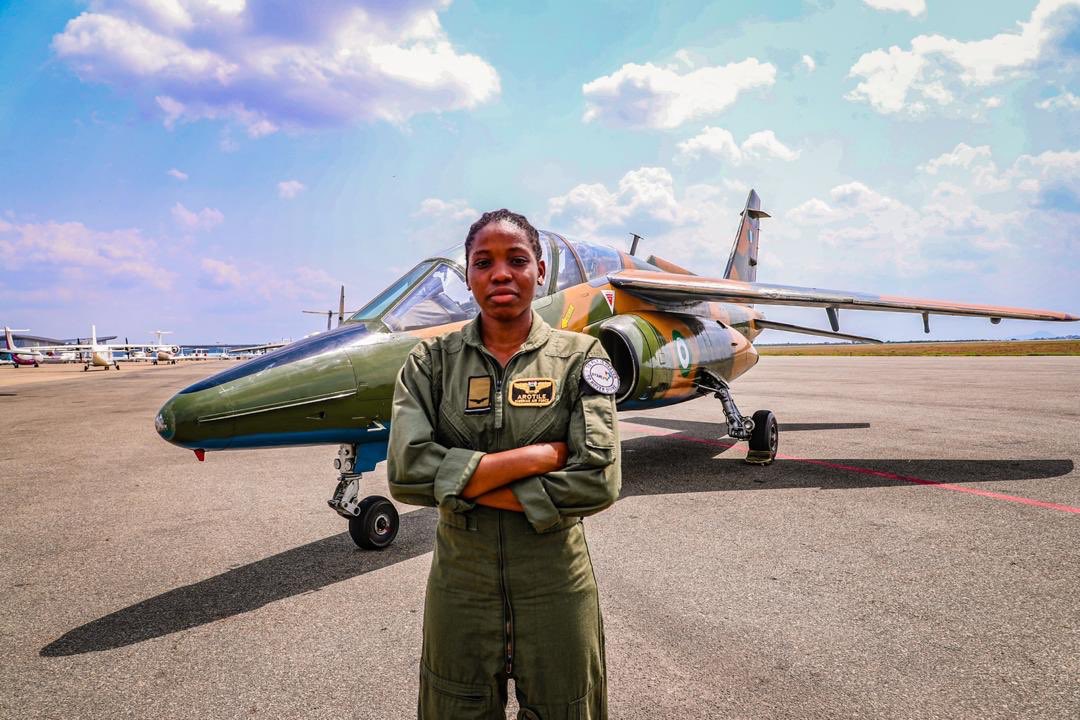 President Muhammadu Buhari has condoled with the Nigeria Airforce Force (NAF), Kogi State Government and the family of a helicopter fighter pilot, Tolulope Arotile, over her demise.

In a statement released by Mr Buhari’s Special Adviser on Media and Publicity, Femi Adesina, on Wednesday, he said her stay on earth impacted greatly on the nation, especially in peace and security.

Premium Times earlier reported the death of Ms Arotile, who died on Tuesday, according to NAF, as a result of head injuries sustained from a road accident at its base in Kaduna.

According to the statement, Mr Buhari commended Ms Arotile’s bravery in the field to protect the country from the onslaught of bandits and terrorists, assuring that her memory will be indelible, and her efforts remembered.

He commiserated with the Nigerian Air Force, airmen, airwomen and all friends of the deceased, recalling her skills in manoeuvring combat helicopters, which he had physically witnessed with pride.

In a statement released by Mr Abubakar on Wednesday, he said,

“She was a very intelligent, disciplined, confident & courageous young officer who added value wherever she served. As a squadron pilot in Operation GAMA AIKI in Minna, Niger State, she flew her quota of anti-banditry combat missions to ensure a safer, more secured Nigeria.

“I recall meeting her at the Minna Airport, while on operational visit, after one of such missions & seeing her eagerness to contribute towards the restoration of lasting peace to the affected areas. Her death is a huge loss to @NigAirForce family & indeed the entire Nation.

“On behalf officers, airmen, airwomen & civilian staff of @NigAirForce, I once more condole with the family of late Flying Officer Arotile over this irreparable loss & sincerely pray that the Almighty God grants her soul eternal rest.”

Also, a former Senate President, Bukola Saraki, has commiserated with the family of Ms Arotile.

In a statement released on Wednesday, Mr Saraki said, “I woke up to read the very sad news of the unfortunate passing away of Flying Officer Tolulope Arotile – Nigeria’s first female combat helicopter pilot.

“Flying Officer Arotile dedicated her life to the service of her nation and in so doing became a role model for millions of Nigerians on breaking glass ceilings. She will be missed.

“I commiserate with @NigAirForce, her family and friends. I pray the Almighty gives them the strength to bear this loss”, he added.

A leader of the All Progressive Congress (APC), Bola Tinubu, also commiserated with the family of Ms Arotile.

In a statement released on Wednesday, he said, “My sincere condolences to the family, friends and Nigerian Air Force colleagues of Flying Officer, Tolulope Arotile.

“Ms. Arotile was a trailblazer in every sense and her sudden passing is a tragic and painful loss for all patriotic Nigerians. May her virtuous soul rest peacefully in the bosom of Allah.”

Rapists should be castrated — Gbajabiamila