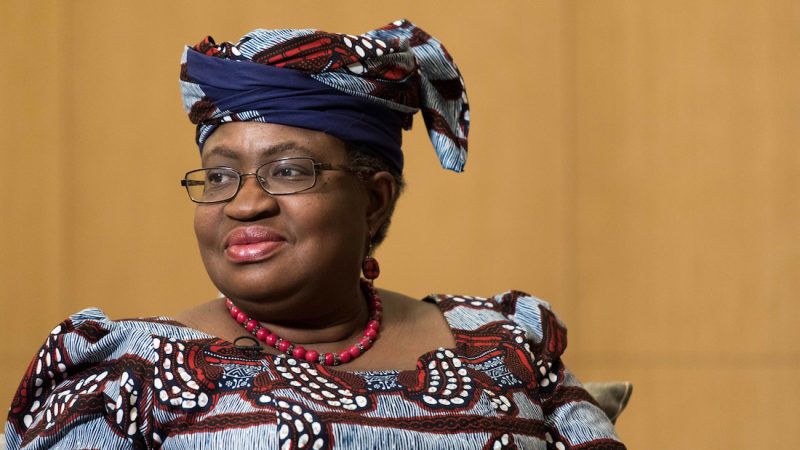 Some governors under the auspices of the All Progressives Congress (APC) have endorsed the candidacy of Ngozi Okonjo-Iweala, as World Trade Organization‘s (WTO) Director-General.

The belated nomination of Nigeria’s two term former minister of finance was announced by President Muhammadu Buhari earlier in June, 2020, a move objected to by the Egyptian government on the grounds that another Nigerian, Yonov Agah, had been approved by African Union (A.U) Executive Council for the same post.

The replacement of Mr Agah with Ms Okonjo-Iweala has been projected by critics to portend a threat to Nigeria’s diplomatic communication links and may possibly not garner enough votes from other African countries.

However, the chairman of the Progressives Governors’ Forum (PGF), Abubakar Bagudu, in a statement issued on Wednesday, called on member countries of the WTO to rally round Nigeria’s candidate in the race.

Ms Okonjo-Iweala would be jostling for the WTO’s DG position against Egypt’s Hamid Mamdouh, a trade lawyer, member of the WTO Secretariat, and trade negotiator for Egypt; and Beninoise Eloi Laourou, the ambassador and permanent representative of Benin to the United Nations and other organisations in Geneva.

The two other African candidates had earlier been shortlisted by the AU, alongside Nigeria’s former nominee, Mr Agah.

In his argument, Mr Bagudu said Nigeria’s candidate is needed for the job at this time that the organisation is struggling to deliver some of its objectives in Africa.

“Whoever imagined that one country can ‘seize’ medical supplies going to other countries? Fixing the global trading system is one of the most important challenges of our time and doing so shall contribute to global prosperity more than any agreement,” he said.

“In so doing, poverty shall be reduced and global prosperity shall be more equitably shared. Reforming the World Trade Organization is at the heart of any of such quest, and thus the choice of the next leader of the Organization matters.”

In nominating our own Mrs Okonjo-Iweala, Mr Bagudu continued, President Buhari is not just presenting a Nigerian candidate to the world but one of its best

He added that the former finance minister is eminently qualified to lead the task of fixing the world trading system.

“An economist, international development expert and a global public servant, Dr. Okonjo-Iweala is one candidate that comes with all the experiences and expertise required to reposition the WTO.

“Both President Buhari and Dr. Okonjo-Iweala deserve commendation for giving the world the opportunity towards correcting the distortions in the world trading system,” the PGF chairman said, as he highlighted Ms Okonjo-Iweala’s years of achievements.