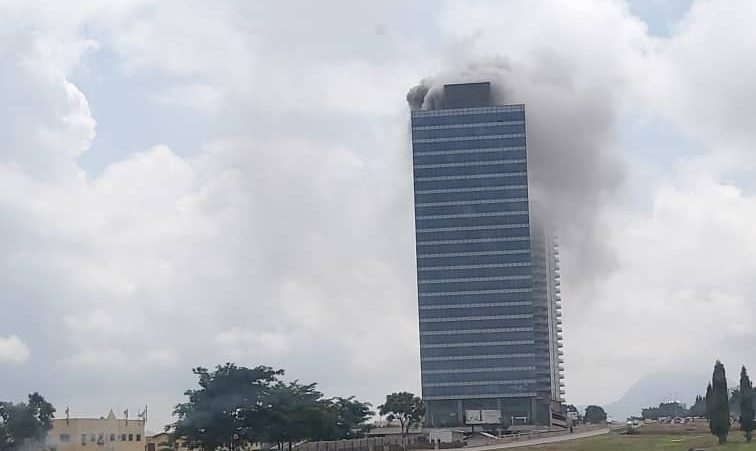 A fire outbreak on Monday gutted part of the high-rise building of the World Trade Centre, located in the Federal Capital Territory.

The general manager, operations at the centre, Ibukun Adeogun, confirmed the outbreak in an interview with the News Agency of Nigeria (NAN) in Abuja.

According to him, the fire, which he described as ‘minor’, has already been put out adding that there was no cause for alarm, as there were no significant damages recorded.

”In a building like this, you fight the fire from inside; you can see the trucks are not doing anything.

“The little incident happened on the penthouse of the building,” he said.

Also speaking, Emmanuel Etuk, operations manager, said it was the first time such incident would be recorded at the centre adding that everyone was calm at the moment as the fire had been put out.

”When incidents like this occur you allow the experts do their jobs, after, investigations are carried out, then they can advise.

Giving a witness account on the outbreak, Oladiji Moshood, said that just as he was about alighting from a vehicle at the centre, early in the morning, when he saw people running around in panic as they saw smoke emitting from the roof top.

“I sought to know what was going on and they said they were calling the fire service already, pointing to the spot.

“In fact, I am not happy with what I saw this morning, as no one seems to know what must have started the fire,” he added (NAN)