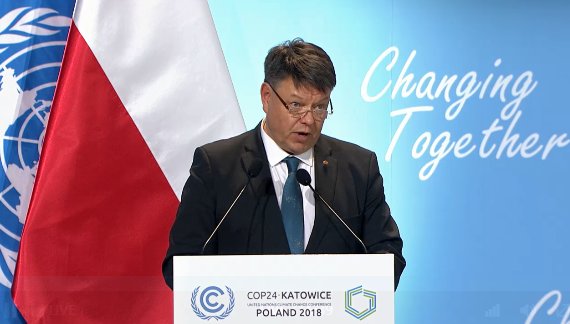 Annual global temperature is likely to be at least 1°C warmer than preindustrial levels in each of the coming 5 years, the World Meteorological Organization (WMO) warns.

According to the agency’s latest Global Annual to Decadal Climate Update report released on Thursday in Geneva, temperature could exceed 1.5 degrees Celsius in at least one year between 2020 to 2024, but the chance is increasing with time.

It said the temperature is likely to be within the range of 0.91 to 1.59 degrees Celsius.

In a statement on its official website page, the WMO Secretary-General, Petteri Taalas, said “this study shows with a high level of scientific skill, the enormous challenge ahead in meeting the Paris Agreement on Climate Change target of keeping a global temperature rise this century well below 2 degrees Celsius above pre-industrial levels and to pursue efforts to limit the temperature increase even further to 1.5 degrees Celsius”.

The agency stated that the predictions take into account natural variations as well as human influences on climate to provide the best possible forecast of temperatures, rainfall, wind patterns, and other variables for the next five years.

Nature Climate Change, in a study published in May, said before the COVID-19 pandemic of 2020, emissions of carbon dioxide were rising by about 1 per cent over the previous decade, with no growth in 2019.

The study indicated that daily global carbon dioxide emissions decreased by 17 per cent by early April 2020, compared to the mean 2019 levels, just under half from changes in surface transport.

It estimated that the pandemic could reduce global emissions by 4 per cent if the world returns to pre-pandemic conditions mid-year and 7 per cent if restrictions remain in place until the end of 2020. At their peak, emissions in individual countries decreased by 26 on average.

But with the emergence of the COVID 19 forced confinement, there was a temporary reduction in daily carbon dioxide global emissions, as revealed by the study.

According to the WMO, the forecast models do not take into consideration changes in emissions of greenhouse gases and aerosols as a result of the coronavirus lockdown.

“WMO has repeatedly stressed that the industrial and economic slowdown from COVID-19 is not a substitute for sustained and coordinated climate action. Due to the very long lifetime of CO2 in the atmosphere, the impact of the drop in emissions this year is not expected to lead to a reduction of CO2 atmospheric concentrations which are driving global temperature increases,” said Mr Taalas.

He added that “whist COVID-19 has caused severe international health and economic crisis, failure to tackle climate change may threaten human-being(s), ecosystems and economies for centuries, Governments should use the opportunity to embrace climate action as part of recovery programmes, and ensure that we grow back better.”

WMO highlighted that in 2020, many parts of South America, southern Africa and Australia are likely to be dryer than the recent past.

It said the Arctic is likely to have warmed by more than twice as much as the global mean. Large land areas in the Northern Hemisphere are likely to be over 0.8 degree Celsius warmer than the past.

“Over 2020 to 2024, sea-level pressure anomalies suggest that the northern North Atlantic region could have stronger westerly winds leading to more storms in western Europe,” the agency highlighted.