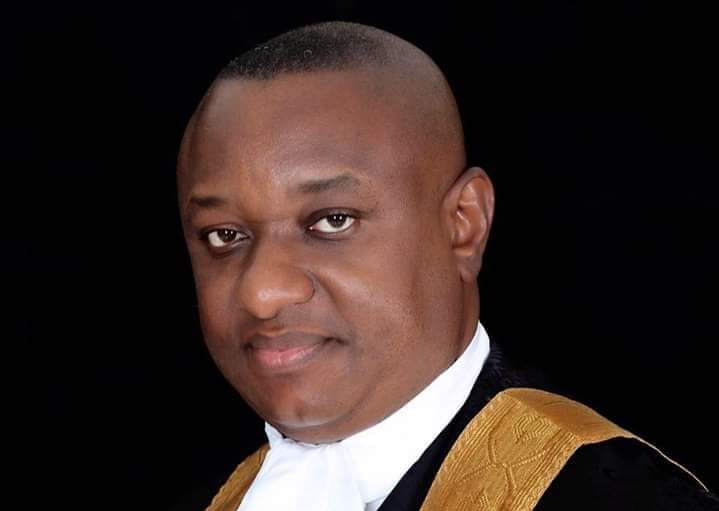 The minister of state for labour and employment, Festus Keyamo, has written a joint committee of the National Assembly in anticipation of his appearance before the committee to defend the 774,000-job recruitment exercise billed for October.

At his first coming a week ago, the minister sparred with the lawmakers when he rejected the move to hold the briefing behind closed doors.

He accused the lawmakers of planning to hijack the exercise, despite getting 15 per cent of the 774,000 job slots reserved for the lawmakers.

A day later, in a joint statement by both Houses of the National Assembly, called for a halt to the recruitment exercise until its modalities were explained to the lawmakers, while also inviting the labour minister, Chris Ngige.

Following the joint committee’s, Mr Keyamo, in a letter he wrote Monday, said he has obliged to appear before it on Tuesday, saying he was writing beforehand to “to avoid a situation where any attempt to fully express myself during the session or to call in aid provisions of the law and the constitution as the basis of some of my actions so far may be misinterpreted as an affront to the joint committee.”

“I would rather express those thoughts here and keep a dignified silence if some of those issues become points of contention again,” Vanguard quoted him saying in the letter.

“Therefore, my writing in advance will absolve me of any accusation of impertinence as I most respectfully regret to say that I would be unable to say anything outside of these submissions in any closed-door session,” he added.

He further maintained that the section 88 of the constitution that empowers the National Assembly to “expose corruption, inefficiency and waste,” means the plans for the Programme should be publicized.

“Exposure,” to my mind, will require a public inquiry, not a private one if we must keep strictly to the provisions of the constitution,” he wrote, suggesting the hearing should be done before the cameras.

The National Assembly had in the 2020 budget appropriated N52 billion for the special public works programme aimed at employing 774,000 citizens, a thousand from each of the 774 local government areas in the country.

Mr Keyamo said that the programme is expected to pay “modest stipends for itinerant workers,” who would undertake road rehabilitation and social housing construction, urban and rural sanitation, health extension and other critical services.

He added that of the sum appropriated, N46.44 billion was earmarked for the actual payment of the stipends to those to be engaged in the exercise, who will be paid through BVN.

At the end of the exercise, each beneficiary would have been paid N60,000 for services rendered, he noted.

“The balance of N5.56 billion is for the purchase of tools and light equipment, the transportation, storage and security of this equipment in all the 774 LGAs in the country,” he added in his letter.

“That is approximately the sum of N7.183 million per LGA for the three-month period. The procurement of these items can only be done by the National Directorate of Employment, complying with strict procurement guidelines in the Public Procurement Act.”

The minister said if properly informed and given “the full rights of fair hearing (including giving me the opportunity to confront any witness) as provided for in section 36 of the 1999 constitution before reaching a decision that may affect my civil rights or obligations,” he would clarify the grey areas before the committee.

“It is only a full investigative hearing that can lead to your “exposing corruption, inefficiency or waste” in the execution of any government programme. An “interactive session” cannot lead to such since that is not within the contemplation of Section 88 of the 1999 Constitution.”