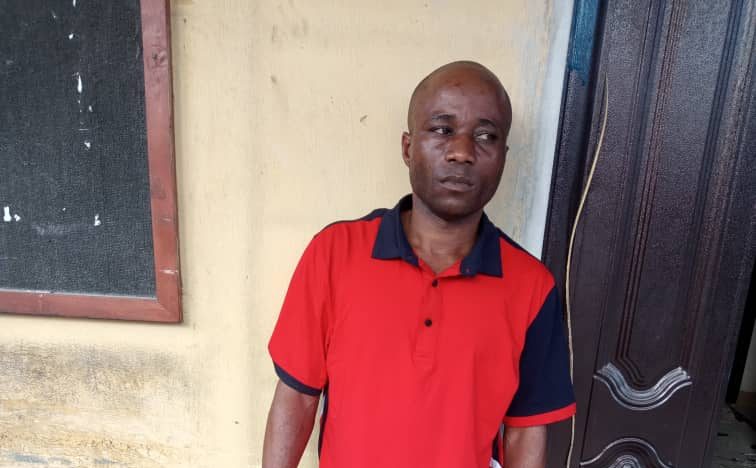 A 35-year-old pastor in Akwa Ibom State has been arrested by the police for allegedly raping a16-year-old girl inside his church.

The police said Nnamso Friday Jacob, otherwise known as ‘Major Prophet Honesty Jesus,’ drugged the girl before he raped her.

The incident reportedly occurred on June 23 at Mr Jacob’s church, the Living Power of Zion Church, Ndue Eduo, Okon Eket, Eket Local Government Area of the state, the police spokesperson in the state, N-nudam Fredrick, said in a statement on Thursday.

The police said the girl went for “counselling and deliverance” which was fixed by the suspect who is the general overseer of the church.

“While she was in the prophet’s counselling room, the suspect administered an intoxicating liquid substance to the victim and thereafter took advantage of the victim and had unlawful carnal knowledge of her,” Mr Fredrick, a chief superintendent of police, said.

Mr Jacob is the second pastor to be arrested for rape in Akwa Ibom in less than a month.

The police on Wednesday said a pastor was arrested in the state for keeping eight teenage girls in a so-called deliverance centre and allegedly raping one of them said to be 15 years old.

The police said the girls are between the ages of 13 and 16.

The pastor, identified as Inimfon Eyo Inyang, 33, was said to have also made an attempt to rape a 21-year-old girl. He was among the 12 people arrested for rape in the state.

The Commissioner of Police in Akwa Ibom, Imohimi Edgal, has wowed to prosecute “sexual predators” arrested in the state.

Two computer instructors who gang-raped a 17-year-old girl in 2018 in Uyo were recently convicted and sentenced to 14 years in prison.

The convicted men were said to have cooked rice with substance suspected to be Indian hemp for the girl who was being tutored by them on how to use a computer. She felt weak and drowsy after eating the rice before the men raped her.

There has been an increase in rape and other sex offences in Nigeria lately. Nigerian authorities have been under pressure to take firmer actions on the issue.