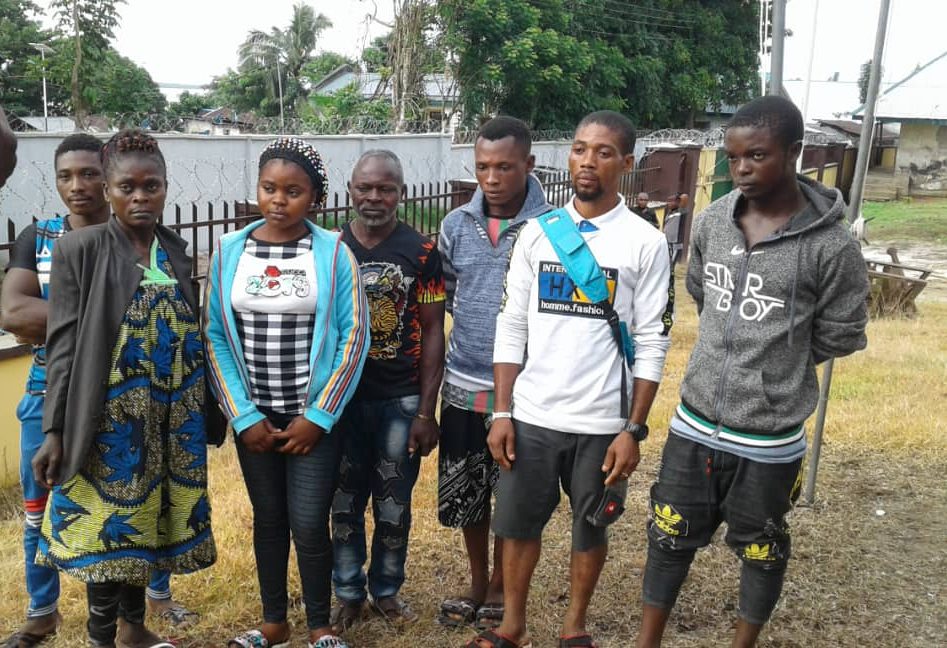 The Nigeria Immigration Service said it arrested two Indians and turned back seven Cameroonians for illegally entering the country without proper documentation.

The two Indians —both male— were intercepted during the screening of 444 Indian nationals that were being evacuated from Nigeria through the Murtala Mohammed International Airport Lagos, the Lagos Airport Comptroller of the NIS, Abdullahi Usman, said at a briefing on Saturday.

“During the screening, the culprits were discovered to have entered Nigeria through the land border and had visa-on-arrival application approval which they failed to present to Immigration at the border,” Mr Usman said.

The two unnamed offenders who are are 32 and 29 years old will be prosecuted according to the Nigeria Immigration laws as a deterrence to others, the official added.

The men had found their way to Nigeria illegally through Cotonu, Benin Republic where they spent a month as indicated by the Beninese stamp, dated February 9 on their passports. They allegedly failed to present themselves for immigration checks at the border..

This was at a time countries were considering banning international flights to contain the spread of the new coronavirus pandemic.

The seven other migrants— Cameroonians—who attempted entering the country by boat along Ikot Obong Creek in Akpabuyo local government of Cross River State were denied entry and turned back to their country.

Though Nigeria had shut its land borders to curb smuggling and illegal arms infiltration before the pandemic, the measure does not affect movement of people entering the country with proper documentation.

On his part, the Comptroller-General, NIS, Muhammad Babandede, warned migrants to desist from breaking the Immigration laws of countries of transit or destination to “avoid sanctions that may result into stopping them from coming to Nigeria or payment of fees chargeable depending on the gravity of the offence committed and what the law stipulates for any of such offence.”

Mr Babandede directed the commands at the border to intensify patrol and reconnaissance along the flanks, creeks, waterways, and inroads into the country in order to frustrate the attempts of the irregular migrants.