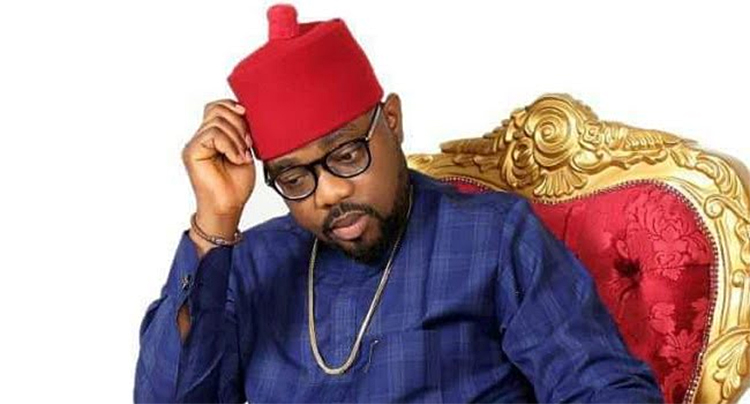 Former Vice President Atiku Abubakar and the Peoples Democratic Party (PDP) have condemned the arrest of Ikenga Ugochinyere, the spokesperson of the Coalition of United Political Parties (CUPP) by the police and demanded his immediate release.

Mr Ugochinyere, a vocal critic of the Buhari administration, was arrested on Thursday.

Although the police are yet to publicly state the reason for his arrest, there are insinuations that Mr Ugochinyere’s detention is related to a controversial claim he made about the infectious diseases bill.

Mr Ugochinyere alleged without evidence that members of the House of Representatives were induced by the Bill Gates Foundation with a $10 million bribe to pass the controversial infectious diseases bill, a claim the foundation has denied.

The bill is also yet to to be passed by the lawmakers.

Having approached the court on May 7, Mr Ugochinyere alongside Action People’s Party (APP) asked the court to bar the House from proceeding with its plan to hold a hearing on the allegation of inducement.

In May, a Federal High Court in Abuja, in a suit labelled, FHC/ABJ/CS/475/2020, barred the house committee from continuing with the hearing of the case against Mr Ugochinyere.

Also, while addressing journalists on Friday, a chieftain of CUPP, Kenneth Udeze, alleged that Mr Ugochinyere’s arrest was instigated by Speaker of the House of Representatives, Femi Gbajabiamila, “over a matter that is in court and for which the court had directly and in clear terms restrained the police from arresting or detaining him in any manner.”

Joining his voice with others clamouring for Mr Ugochinyere’s freedom, Mr Abubakar said acts of tyranny and dictatorship are inimical to a democratic order.

“We are a nation governed by the rule of law and not of the jungle. Tyranny and dictatorship are inimical to a democratic order. I hereby call for the immediate release of the spokesman of CUPP, Barr. Ikenga Ugochinyere,” the former VP wrote on Twitter.

Also, in a statement signed by its Publicity Secretary, Kola Ologbodiyan, the Peoples Democratic Party (PDP) demanded the immediate and unconditional release of Mr Ugochinyere.

The party decried the arrest of the CUPP spokesman in defiance of a subsisting court order barring such, as an affront to the judiciary.

“In demanding his release, our party is deeply worried by reports that the CUPP spokesperson is being detained under very dehumanizing condition where he is also allegedly being tortured.”

The PDP insisted that, without prejudice to the issues between the leadership of the House of Representatives and the CUPP, resorting to using the police to arrest and detain the CUPP spokesperson is completely unacceptable, unlawful and cannot be justified.

“Our party charges the Presiding Officers of the APC-led House of Representatives to note that Nigeria is a democratic state, governed by law which creates no space for the whims and caprices of dictatorial, oppressive and vindictive individuals, who has no regard for rules.”

The PDP therefore called on the Inspector General of Police to wade into the matter.

Meanwhile, as of the time of filing this report, the spokesperson of the police, Frank Mba, is yet to respond to enquiries sent by PREMIUM TIMES on the arrest.

The police are also yet to charge Mr Ugochinyere to court.