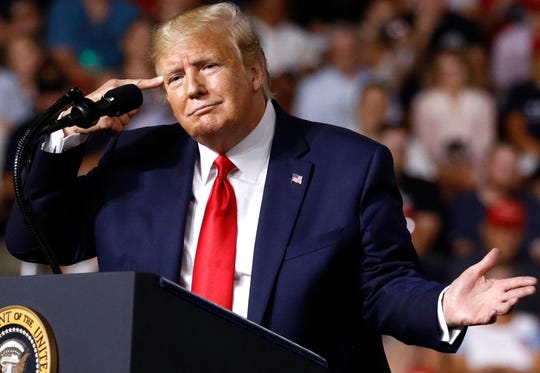 The United State government on Wednesday expressed worry over the incessant attacks on citizens of Nigeria living in the northern part of the country.

The U.S. government, in a statement signed by Michael Pompeo, U.S. Secretary of State from its Nigeria embassy said the recent killings are senseless and brazen.

It also corroborated PREMIUM TIMES’ weekly analysis that over 100 civilians were killed by Boko Haram and Bandits attacks last week.

“We condemn the recent senseless and brazen killings of civilians in northern Nigeria.

“These horrific crimes follow the shooting of a pastor and his pregnant wife on June 1 and the killing of an imam, local village head, and several civilians on June 5  in  the course of intercommunal violence in  Taraba State.

“Tens of thousands of civilians have lost their lives in Nigeria in recent years to violent attacks  by  terrorist groups  or  criminal gangs, in inter-communal violence, or due to their religious beliefs.”

The U.S., however, called on President Muhammadu Buhari to take necessary actions in insecurity in the country.

“The United States calls on the Government of Nigeria to do more to strengthen ongoing efforts to address this violence, hold those responsible accountable, and protect civilians.”

On Sunday, PREMIUM TIMES’ analysis revealed that over 150 persons died following the attack as many were also injured.

Aside from this, many houses and other properties were also lost in the attacks. Yet, President Muhammadu Buhari in his Democracy day speech claimed that insurgence and banditry have been downgraded.

The data for this report were gathered from newspaper publications where cases were confirmed by police, defence headquarters, government officials or families of the victims.

Despite the scary figure of deaths, Mr Buhari in his June 12 address said his government has in the area of security, in the past five years “remain unshaken” in its “resolve to protect our national infrastructure including on-shore and off-shore oil installations, secure our territorial waters and end piracy in the Gulf of Guinea.”

The broadcast came hours after suspected Boko Haram splinter group, ISWAP, circulated a video footage showing the execution of an abducted soldier and a police officer.