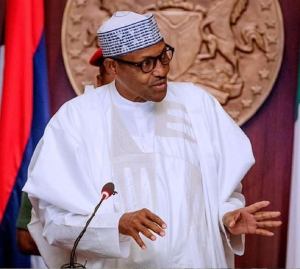 Buhari has defended freedom of speech more than other administrations — Presidency

No government has done more to foster democracy and freedom of speech in Nigeria than the Buhari’s administration, the president’s office said in a statement Tuesday.

The president, through his aide, Garba Shehu, said this in response to a June 12 statement by the Coalition of Northern Groups where the Buhari administration was described as having “the worst set of incompetent, ineffective, unfocused and generally unwilling leaders.”

“We find it ridiculous for the federal government to be pretending to celebrate a certain democracy day while in the actual sense, the nation is supposed to be observing days of mourning,” spokesperson of the group, Abdul-Azeez Suleiman, said in condemnation of the spate of the insecurity in the country, particularly in the north.

In response, Mr Shehu said for the group to have been able “to transmit garbage to the media in the hope they will be widely reported,” it is a testament to “freedom of expression and media liberty that exists in our country today.”

“Equally, the fact that the government is issuing this statement, in response to the puerile message is a testament that today Nigeria is a country where disagreements can be aired publicly through the press, not through less gentlemanly methods used in the past.”

While Mr Shehu said this, critics have accused this administration of repeated disobedience of court orders, disregard for the rule of law as well as gagging of the press.

For instance, the government has repeatedly disobeyed court orders for the reinstatement some top army officers who were illegally dismissed four years ago.

The federal government, through the State Security Service (SSS), also detained a journalist, Jones Abiri, for over a year without trial, before he was reluctantly charged to court following a local and international outcry.

While attacks on Nigerian journalists is no longer a new phenomenon, they appear to have taken a turn for concern under Mr Buhari, a former military leader.

But Mr Shehu agreed there are challenges posed by the terrorists Boko Haram, but insisted this that “this government has done more than any other — elected or not elected — to curtail and beat back the terrorists.”

“We hope that CNG will consider the facts and reconsider the unhelpful and inaccurate message their statements contain when issuing them in the future,” he added.

Nigeria returned to civil rule in 1999 after democratic governments were toppled by military juntas in a period dotted with coups, counter-coups and a brutal civil war where millions were killed.

BUA Group to Dangote: “No one is Above the Law, No Matter How Highly Placed”