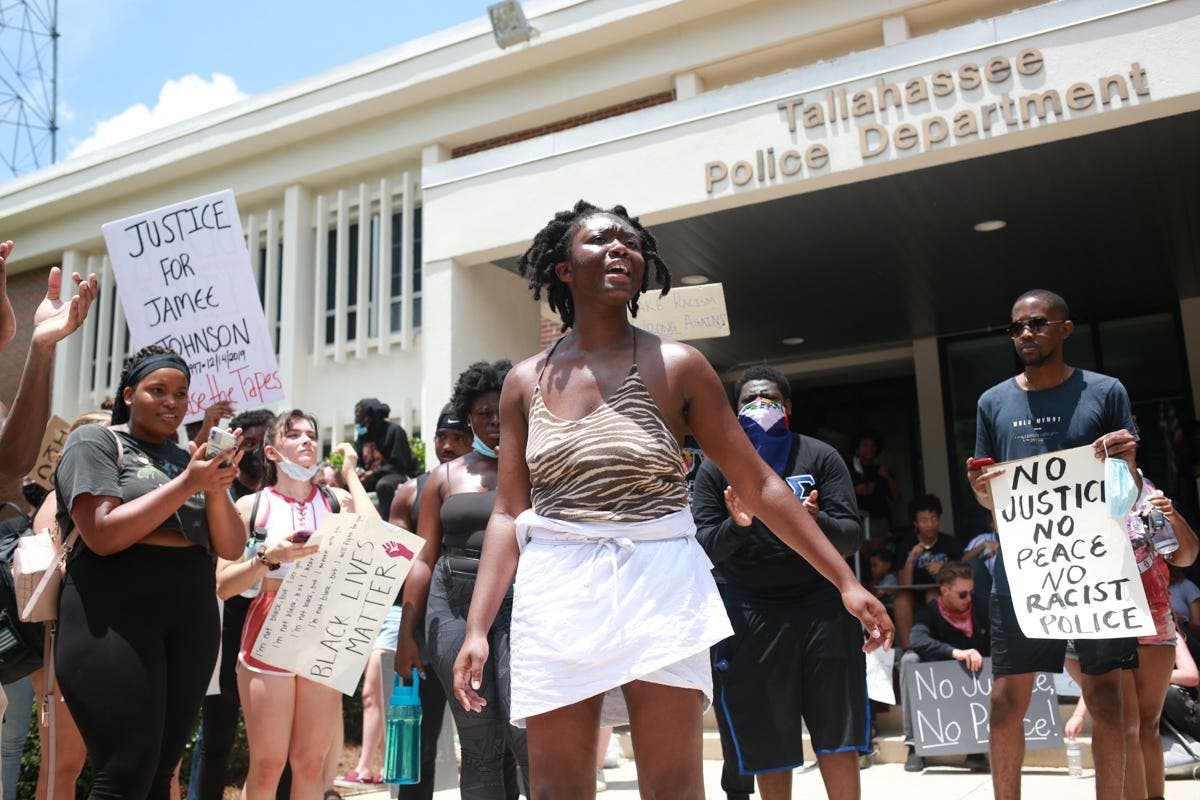 A U.S. based Nigerian teen who became a strong voice in #BlackLivesMatter movement, Oluwatoyin Salau, has been found dead days after going missing.

The 19-year-old was one of two homicide victims discovered Saturday night off Monday Road in South-east Tallahassee, Florida, a couple of miles from where she was last seen.

The other victim was identified as a 75-year-old retired state worker, Victoria Sims.

The police did not provide information about how the women died but identified a suspect— Aaron Glee Jr, 49, – who resided on Monday Road and had been arrested twice recently for violent offences.

Ms Salau recently gained attention as a prominent voice in protests in Tallahassee, Florida, after the death of George Floyd in police custody led to a global reckoning against police brutality and racial injustice.

“Right now, our lives matter, black lives matter,” she said in a video that was widely circulated on Twitter.

During demonstrations, she would recite the names of black people killed, such as Tony McDade of Tallahassee and George Floyd of Minneapolis, saying, “I don’t want their names gone in vain.”

Ms Salau’s activism dated back to when she was a child.

In a video shared by her elder brother, Oluwaseyi Salau, a ten-year-old Salau gave a speech about how she constantly wondered why her black skin led to the ill treatment she got from her white peers during a public gathering attended by white politicians

Her brother, 24, said he was heartbroken but “no justice that can be served that will replace my sister’s life.”

Ms Salau was last seen at Tallahassee BLM protests on June 6. Friends and fellow activists had raised concerns about her well-being after she wrote in a series of posts on Twitter that day how she was molested by a man who had offered her a lift and a place to stay.

“Anyways I was molested in Tallahassee, Florida by a black man this morning at 5:30 on Richview and Park Ave. The man offered to give me a ride to find someplace to sleep and recollect my belongings from a church I refuged to a couple days back to escape unjust living conditions,” she said in a tweet.

Black Lives Matter activists and supporters across the United States flooded social media on Monday with pictures and videos of Ms Salau, with many pledging to continue protesting and demonstrating in her name.

Bernice King, a daughter of late renowned pro black activist, Martin Luther King, was among those who mourned her death and sought justice for black lives lost.

I’m sorry that your life was so painful in your last days on earth. You were trying to change America for Black lives. Thank you.

I’m sorry that your life was so painful in your last days on earth.

You were trying to change America for Black lives. Thank you.

Oscars postponed due to coronavirus scourge