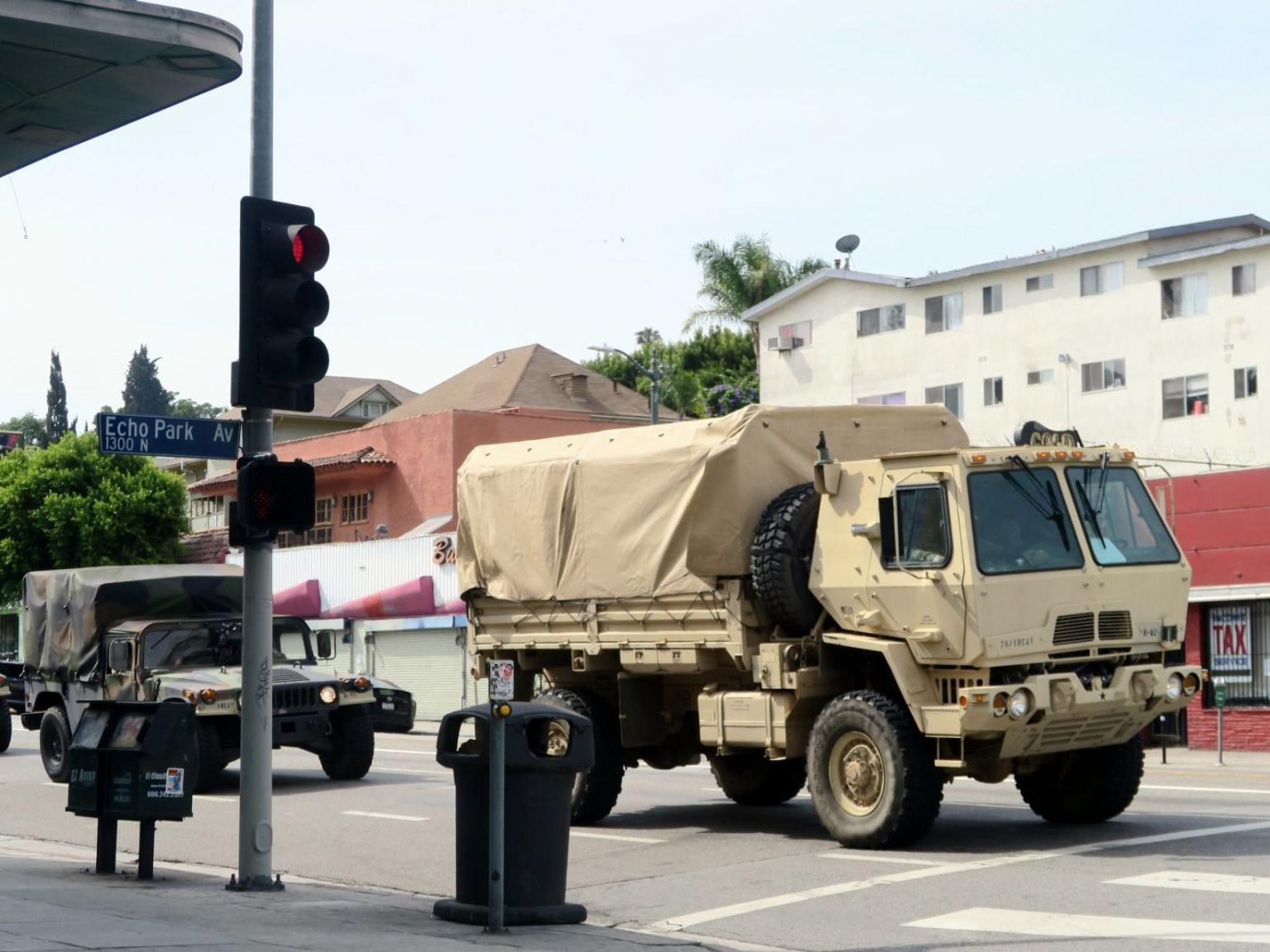 Dozens of cities across the United States extended curfews through Sunday night and many deployed National Guard soldiers, amid continuing unrest on the streets.

Tens of thousands of people took to the streets again on Sunday after days of protests over the death of George Floyd.

Scenes of looting and arson emerged in the evening and the police increasingly militarised their response.

In Los Angeles and nearby cities, looting was taking place by Sunday evening.

Multiple fires broke out in Washington as protests continue in front of the White House, local media, including NBC reported.

The cities of Los Angeles, Chicago, Detroit and Washington were all put under curfews, while the south-western state of Arizona instituted a state-wide, week-long curfew after demonstrators took over city streets and battled the police on Saturday, some of whom responded with tear gas and rubber bullets.

The restrictions impacting millions of people came as over 5,000 National Guard soldiers were activated in 15 states and the U.S. capital to back up local law enforcement responses.

In Minneapolis – where Floyd died in police custody – a tanker truck barrelled into a crowd of thousands of people protesting on a highway on Sunday, according to a video shared on social media.

The Minnesota Department of Public Safety called the incident “very disturbing” and said the driver has been arrested.

There appeared to be no injuries among the demonstrators.

Many local authorities struggled to strike a balance in their response to what they say is rightful outrage at Floyd’s death, while also condemning “mob” violence, saying it does not further the cause of racial justice.

“As the sunset in our beautiful city last night we saw some of the ugliest images in a generation,’’ Los Angeles Mayor, Eric Garcetti, said on Sunday.

“They are hijacking a moment and movement and changing the conversation.’’

The outpouring of rage across the U.S. has forced yet another reckoning with the police treatment of African-Americans in the country.

Generations of police brutality towards black people appear to have combined with pent-up frustrations over the coronavirus pandemic and a string of viral videos showing mistreatment of African-Americans.

Videos on social media, showing police officers appearing to push demonstrators to the ground and a New York police car ramming people after being surrounded, have fed criticism of police actions.

In Atlanta, two police officers were fired for excessive force on Sunday after a video went viral showing officers approaching a vehicle, smashing the driver’s window and teasing two college students inside, before violently pulling them from the car.

Patrisse Cullors, a founding member of the racial justice activist movement Black Lives Matter, said on Twitter that the police are “escalating force” in what appears to be a “unified effort to repress Black resistance’’.

President Donald Trump has taken a highly partisan tone, calling on Democrat mayors and governors to “get tough” and accusing Antifa – a loose network of people that often promotes far-left militancy – of sowing the unrest.

Mr Trump said on Sunday he would designate Antifa a terrorist organisation, although it appears the president has no authority to declare a domestic terrorist body.

Cities had woken up to smouldering streets after a wave of Saturday night protests sparked by the killing of Floyd, a black man who pleaded for breath while a police officer kneeled on his neck.

Los Angeles saw trendy stores looted while a courthouse in Nashville, Tennessee, was set on fire.

A police building was ransacked in Ferguson, Missouri – the city that was itself the site of violent protests in 2014 after the shooting to death of 18-year-old Michael Brown by a police officer.

New York City Mayor, Bill de Blasio, said 300 arrests had been made in his city overnight Saturday, as he continued to defend a police vehicle that rammed demonstrators that surrounded it.

The first protests came nearly immediately after the video surfaced on Tuesday of a white police officer kneeling on Mr Floyd’s neck for minutes as he pleads “I can’t breathe”.

The 46-year-old eventually lost consciousness and his limp body was loaded onto an ambulance stretcher.

Mr Floyd was pronounced dead shortly after the incident.

The officer, who kneeled on Floyd, Derek Chauvin, was charged with third degree murder and manslaughter on Friday.