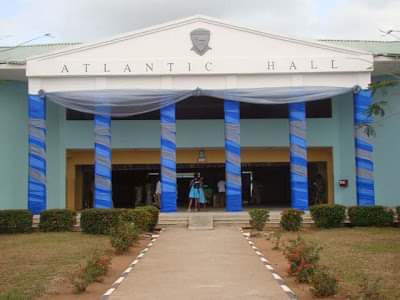 The Board of Trustees of the Atlantic Hall has come under scathing attack from parents who describe the virtual lesson fees during the school closure as exploitative and unfair.

Atlantic Hall had imposed an initial monthly fee of N195,000 per student with effect from May, with the plan for the virtual school to run till end of July or till such a time that schools reopen after the relaxation of the COVID-19 restrictions by the state.

But an immediate protest by parents resulted in a N20,000 reduction to N175,000 as contained in a letter to parents dated May 10, a copy of which was obtained by this newspaper.

According to the letter, the online lesson will run a virtual term to complement whatever amount of time is left to run the 3rd term if the term eventually resumes even though the school also recognised that the term may not happen.

At an emergency Parent-Teacher Association meeting held via Zoom conferencing facility on Tuesday evening, parents hit hard at Atlantic Hall management describing the board of trustees as ‘too profit-oriented’ with no regard for the mood of the nation or the global economic agony triggered by the coronavirus pandemic.

Chaired by the PTA Chairman, Temilola Achakobe, the meeting became rowdy as parents took turns to hit at the Principal, Andrew Jedras, who tried hard to sell the position of the Atlantic Hall Board, claiming that the fees were reasonable and fair for the services offered.

Parents cited other top private schools such as Corona School, Greenspring School among others who charge about N60,000 per month for virtual lessons.

A parent, who simply identified himself as Ben, told our reporter that the parents were willing to pay for value and would not submit to exploitation.

“The virtual lessons are deployed using the conferencing apps and with just three lessons per day with the usual connection challenges,” the parent said.

When contacted via telephone on Wednesday morning, Mrs Achakobe declined comment on the matter. She terminated the call as soon as our reporter asked his question.

The school’s CEO, Mr Jedras, did not answer or return calls to his mobile telephone on Wednesday morning.

Atlantic School, located in Epe area of Lagos State, is one of the highest-paying secondary schools in Nigeria with annual fees higher than what most private universities charge. The annual fees per student is N4.5million.