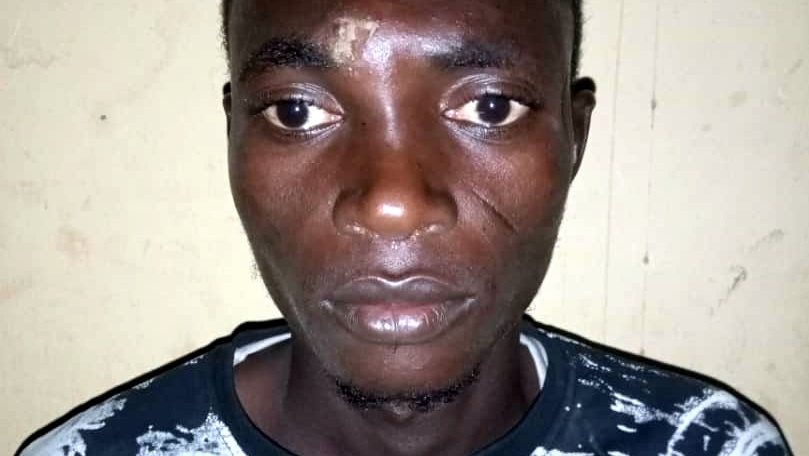 Mustapha Idris from Ringim Local Government Area of Jigawa State was arrested by the police for killing his 20-year-old girlfriend, Nafisa Hashimu.

Why I killed my pregnant girlfriend – Suspect

A man accused of killing his girlfriend has confessed to the crime.

Mustapha Idris from Ringim Local Government Area of Jigawa State was arrested by the police for killing his 20-year-old girlfriend, Nafisa Hashimu.

Mr Idris, 29, said he killed Ms Hashimu after she told him she was three months pregnant.

The two lived in the same apartment at Daneji village of Jigawa before the murder.

Speaking to reporters on Friday from his police cell the suspect said he killed his girlfriend to avoid the shame of giving birth outside wedlock.

“I’m ashamed of how the society will see us after she delivers the unborn child out of wedlock, and thus I decided to terminate her life to stay away from shame,” he said.

The police spokesperson in Jigawa, Audu Jinjiri, said the corpse of the deceased was found in her pool of blood in a bush at the outskirts of Daneji village about 22 kilometres from Ringim town.

Mr Jinjiri said police preliminary investigation found that the late Ms Hashimu was a divorcee, adding that she was certified dead by a medical doctor and released to relatives for burial.

The suspect would be charged to court to face the wrath of the law, the police spokesperson said.