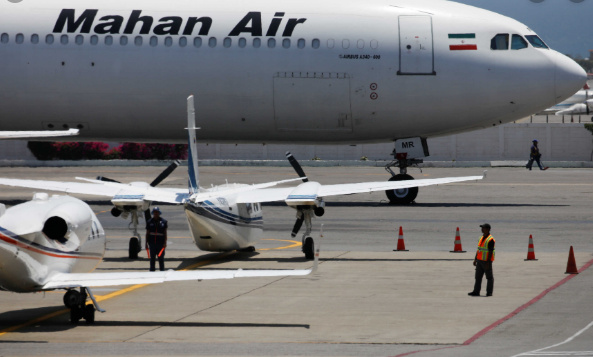 AN Iranian airport used to illustrate the story. [PHOTO CREDIT: Voice of Awerica]

The Federal Aviation Administration has banned U.S. aircraft from Iraq and Iran airspace following a retaliatory attack by Iran.

In the early hours of Wednesday, Iran launched more than a dozen missiles at two Iraqi bases which house U.S. troops.

Reports suggest there were no casualties, as early warnings were given to troops to reach shelters before the missiles struck.

The attack was in retaliation by Iran for the killing of its general, Qassem Soeimanni, last week in Baghdad by a U.S. airstrike.

According to Reuters, the FAA said the airspace ban from Iraq, Iran, the Gulf of Oman and the waters between Iran and Saudi Arabia is “due to heightened military activities and increased political tensions in the Middle East, which present an inadvertent risk to U.S. civil aviation operations.”

Prior to the latest ban, warnings had already been issued by FAA prohibiting U.S. carriers from “flying below 26,000 feet over Iraq and from flying over an area of Iranian airspace above the Gulf and Gulf of Oman.”

Reuters also reported that “the coordination team operated by International Air Transport Association (IATA) and the International Civil Aviation Organisation (ICAO) was activated as a “standard precautionary measure,” in the event that contingency measures are required by airlines.”