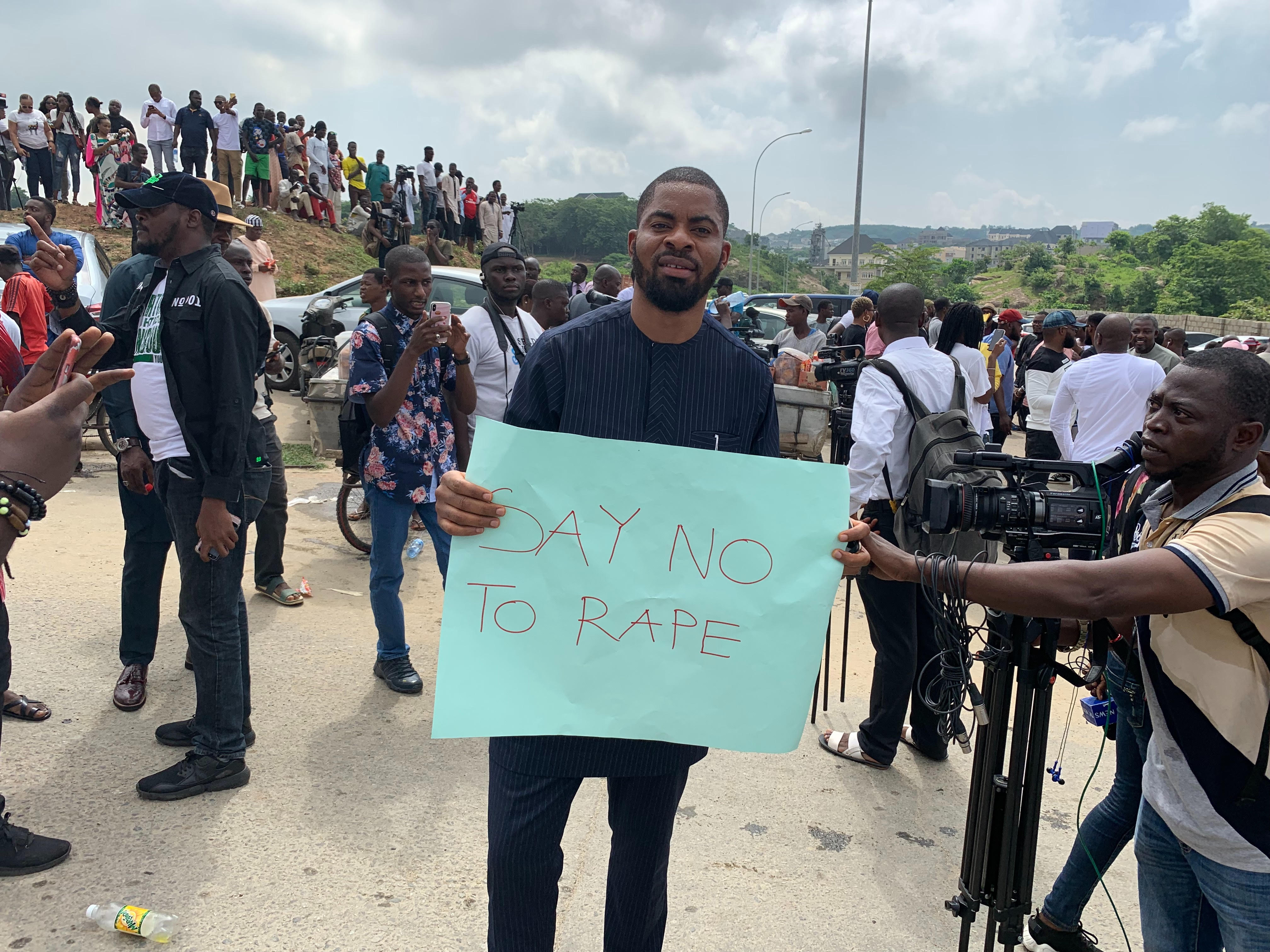 SERAP petitions UN over violent attacks on protesters in Abuja

The Socio-Economic Rights and Accountability Project (SERAP) has petitioned Clement Voule, UN Special Rapporteur on the right to peaceful assembly and association urging him to “publicly express concerns about the growing human rights violations and abuses in Nigeria and call on the authorities to end violent attacks on peaceful protesters and to take urgent measures to respect and protect the rights of all Nigerians to protest anywhere in the country.”

SERAP alleged that, “Nigerian authorities and police yesterday morning in Abuja failed to stop attacks on peaceful demonstrators by young men apparently armed with sticks and sharp objects. The police officers who were present did not intervene decisively to stop the attacks or arrest any attackers.”

In the petition dated 24 December 2019 and signed by SERAP deputy director Kolawole Oluwadare, the organization said: “The government of President Muhammadu Buhari is responsible under the Nigerian Constitution of 1999 (as amended) and international law to protect the safety and rights of protesters and create an environment conducive to a diverse and pluralistic expression of ideas and dissent from government policy.”

According to SERAP, “The wave of protests against repression by both the Federal and State authorities illustrates a broken social contract between the authorities and Nigerians. The authorities have been failing to meet the demands of Nigerians to respect human rights, end restrictions on civic space, obey court orders and ensure the rule of law.”

The petition copied to Michelle Bachelet, UN High Commissioner for Human Rights, read in part: “The failure to hold to account those responsible has continued to increase the vulnerability of protesters and activists in the country.”

“We urge you to put pressure on the Nigerian authorities to immediately and thoroughly investigate the attacks, identify the perpetrators and ensure the prosecution of anyone found to be responsible for the violent attacks.”

“SERAP is seriously concerned that the Nigerian authorities have so far failed and/or neglected to address or redress the attacks on peaceful protesters, despite growing calls on the authorities to investigate the attacks and bring perpetrators to justice.”

“We urge you to put pressure on the Nigerian authorities to take all feasible measures to protect peaceful protesters demanding the release of all prisoners of conscience, and full respect for the rule of law.”

“We urge you to put pressure on the Nigerian authorities to make clear that they will not tolerate violent attacks on protesters. The authorities have a responsibility both to respect the right to freedom of peaceful assembly and to protect protesters from violent attack.”

“The demonstrations have taken place against a backdrop of the failure by the Nigerian authorities to respect human rights, release prisoners of conscience including Omoyele Sowore, Olawale Bakare and Agba Jalingo, obey court orders and respect the rule of law.”

“Freedom of peaceful assembly is a fundamental right guaranteed under the Nigerian Constitution and regional and international human rights treaties including the African Charter on Human and Peoples’ Rights and the International Covenant on Civil and Political Rights to which Nigeria is a state party.”

“Deji Adeyanju, one of the protesters, was hospitalised after sustaining bruises on his left arm. Protesters were reportedly chased from the Secretariat of the National Human Rights Commission where they had gathered to deliver a petition to the commission.”

“The attacks are coming on the heels of similar violent attacks on protesters demanding the release of prisoners of conscience in Abuja in November, and another apparently sponsored and coordinated attacks against Amnesty International’s office in Abuja in March 2017, following the launch of its human rights report on the military.”