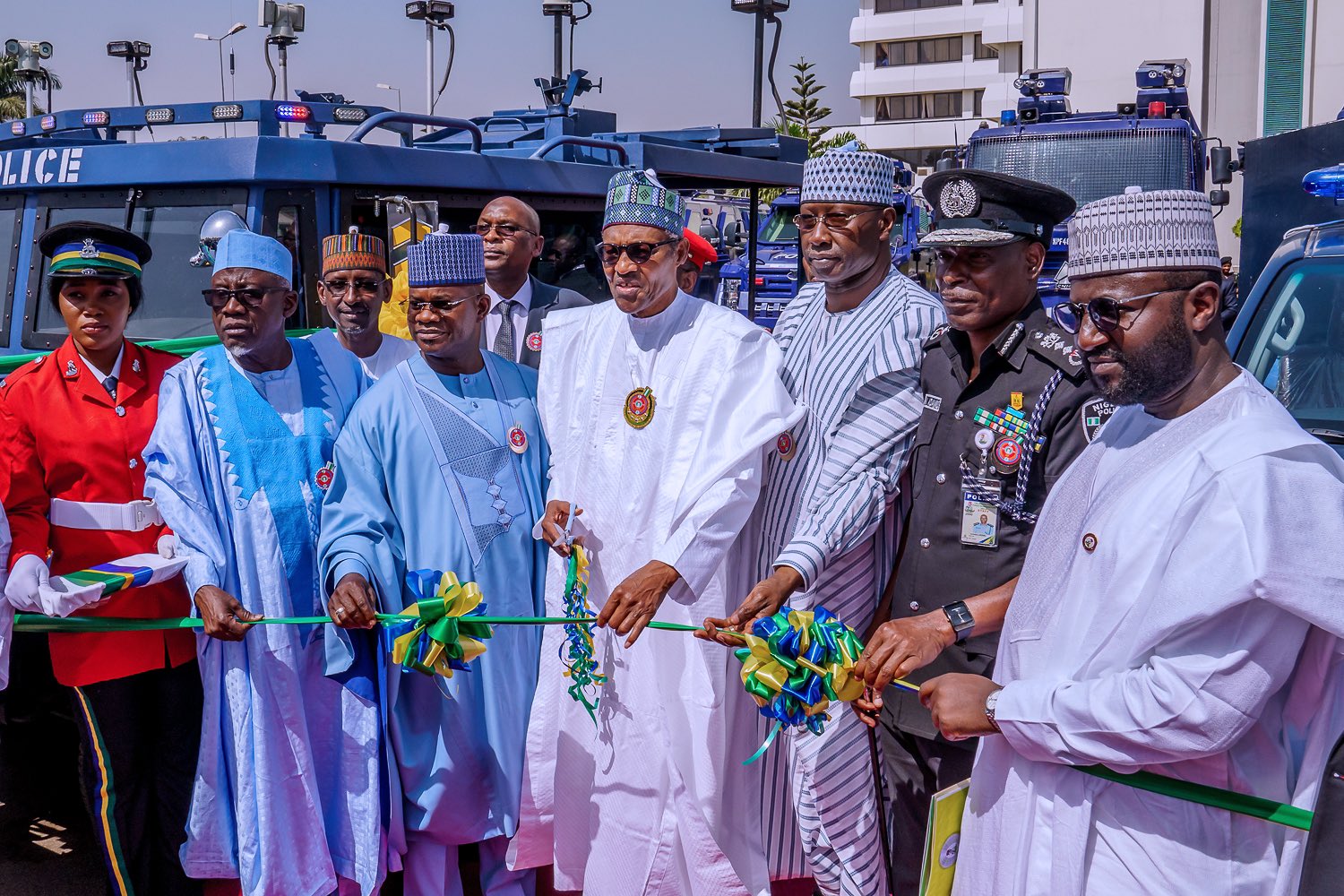 President Muhammadu Buhari Friday in Abuja disclosed that he would like to bequeath to the country a modernised and motivated Police Force.

Speaking during the commissioning of operational vehicles and other assets at the police headquarters, the president said:

“My vision is to bequeath to our nation a legacy of a reformed, modernised, fully-equipped, highly-motivated, and citizens-focused Police Force that is re-oriented to the virtues of professionalism, respect for rule of law, due process and best international practices in their operations.”

According to him, “It is in cognisance of this that I approved the re-adjustment of Police emoluments as well as the recruitment of ten thousand (10,000) extra police personnel on an annual basis to motivate and enhance the manpower of the Force. It is also in this regard that I assented to the Police Trust Fund Bill to act as a public-private funding framework that will address funding shortages for the Police on a sustainable basis.”

President Buhari, who acknowledged the funding challenge facing the force, pledged that the federal government will continue to enhance funding as well as work towards meeting manpower requirements and welfare needs of the force.

He noted that the full commencement of the “Nigeria Police Trust Fund will further assist in meeting the operational and logistics requirements of the Force,” adding that to “give immediate effect to the Police Trust Fund Act, I have directed the Minister of Police Affairs to fast track the process of its take-off.”

Notwithstanding the achievements so far recorded by the Force, President Buhari charged its leadership to “avoid complacency in the efforts towards ridding the country of crimes.”

He enjoined the leadership of the force “to continue to give new orientation to officers of the Force such that they can appreciate the virtues of policing with civility and within the dictates of the law and ensure that the institution regains its position of confidence and respect from Nigerians.”

The president said that officers and other personnel of the police force “must take cognisance of the fact that, in the discharge of your duties, you shall not only be judged by the number of crimes you have stopped or the number of convictions you have secured, but also the extent to which the process of achieving your statutory mandate conforms to professional and legal standards.”

Stressing that security of lives and property of Nigerians is a constitutional obligation, Mr Buhari said the “Police is central to the process of meeting this obligation,” adding that “It is for this reason that I have always prioritized the Police as a critical agency in the internal security architecture of the country.”

Commending the leadership of the police for keying into his administration’s Next Level agenda in relation to strengthening institutional capacity towards addressing internal security challenges, the president noted the reforms being undertaken by the Inspector-General of Police “as well as strategies that he has put in place in guaranteeing the efficiency of the force.”

He said he was “particularly impressed with the technology-led and intelligence-driven models which have combined to bring about the stabilization of the security situation in the country.”

Noting that his delight was against the background that the “Inspector General of Police inherited internal security situation that was threatened by the heinous activities of bandits, kidnappers, armed robbers and other highly organised criminals in some parts of the country,”

President Buhari added that the “nature of these crimes affected public confidence in the capacity of the police to protect them.”

He, however, expressed “confidence that the strategies put in place and the quality of the leadership being provided for the current Police Force, will bridge the gap between the citizens and the police as well as increasingly restore public confidence and enhance the operational capacity of the Police.”

Acknowledging that the police force “has been collaborating effectively with State Governments, strategic stakeholders, and other security agencies to restore security in States that were hitherto confronted with the menace of banditry,” President Buhari also commended the capacity of the Inspector-General of Police “to efficiently manage limited resources available to the force.”

The president, who also commissioned the Nigeria Police National Command and Control Centre (NPF-C4i) and the first phase of the Nigeria Police Crime and Incident Data Base (NPC & IDB) Centre, urged the police leadership to sustain its “zeal for service to the nation.”

Earlier in their remarks, the 20th Inspector-General of Police, Mohammed Adamu, and the Minister of Police Affairs, Maigari Dingyadi, had commended President Buhari for his consistent support to the police force.