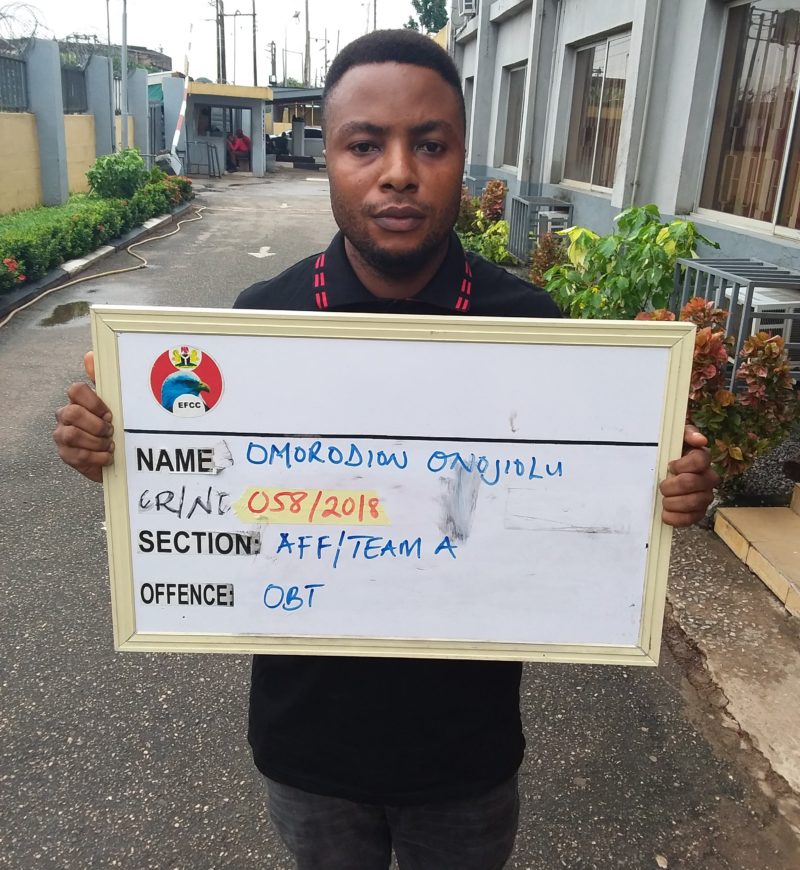 The Economic and Financial Crimes Commission, EFCC, Benin Zonal office, on Thursday November 21, secured the conviction of two brothers, Wisdom Onojiolou and Omorodion Onojiolou before Justice M.G Umar of the Federal High Court in Benin, Edo State, on a two count charge of intent to defraud and obtaining under false pretense
The duo fraudulently obtained the sum of N15.4 million from one Philian Uwadiae under the pretense of helping her to establish a business in Benin.

One of the counts read: “that you Wisdom Ehis Onojiolou sometime in March 2016 in Benin within the jurisdiction of this honourable court did with intent to defraud, obtained the aggregate sum of N9,000,000.00 (Nine Million Naira) Only from Philian Uwadiae under the pretense that the money was to set up human hair business for her in Benin, a representation you knew to be false and thereby committed an offence contrary to Section 1(1)(b) of the Advance Fee Fraud and Other Fraud Related Offences Act, 2006 and punishable under section 1(3) of the same Act”.

The two brothers pleaded guilty to the charges when it was read to them.

In view of their plea, the prosecution counsel, I.M Elody, prayed the court to sentence and convict the defendants accordingly. However, the defence counsel, Martha Imafu, pleaded with the court to temper justice with mercy as the defendants were first time offenders who have become remorseful.

Justice Umar thereafter convicted and sentenced the defendants to one year imprisonment commencing from the date of judgement and ordered that they make restitution to their victim.

PDP BoT sets up committee over members’ concerns in Edo, Kano, Lagos, others