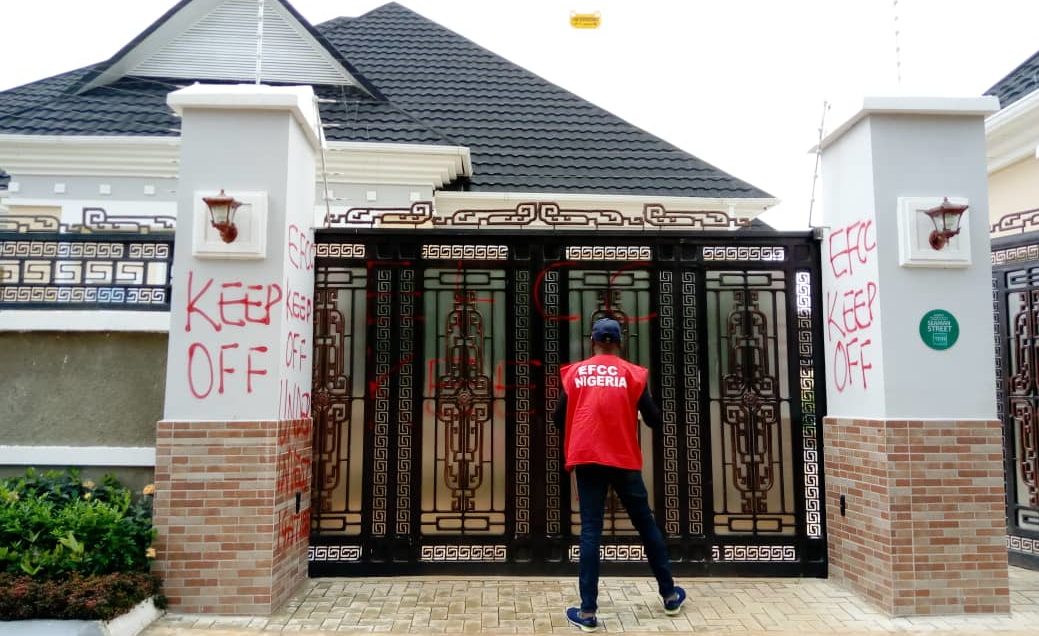 The Economic and Financial Crimes Commission (EFCC), Sokoto Zonal office, Tuesday secured the conviction of one Emmanuel Oluwatosin, whose name was on the wanted list of the US Federal Bureau of Investigation, (FBI) before Justice M S. Sifawa of the Sokoto State High Court in Sokoto. He was prosecuted on one count charge bordering on Internet fraud to the tune of $150,000.

The charge reads, “that you Adedeji Emmanuel Oluwatosin, sometime between January and July 2019 at Sokoto within the jurisdiction of the Sokoto State High Court did steal the sum of $150,000.00 (One Hundred and fifty Thousand Dollars) through wire funds transfer from multiple foreign victims by fraudulent intrusion into their retirement accounts domiciled in United States of America via internet and transferred the said sums into fraudulent business accounts created by you and you withdrew the said funds through ATM Cards and cashier cheques and you thereby committed the offence of Theft contrary to Section 274 of the Sokoto State Penal Code Law 2019 and punishable under Section 275 of the same Law.”

Upon arraignment, Mr Adedeji pleaded guilty to the charge.

In view of the defendant’s plea, the prosecuting counsel, Musa Gwani, asked the court to convict and sentence the defendant. However, the defence counsel, Shamsu A. Dauda, pleaded with the court to temper justice with mercy as his client was a first time offender who has become remorseful. He also told the court that the convict is ready to restitute the victims by forfeiting his home in Kaduna and two Mercedes Benz cars (Models C550e and C450) to the victims.

Justice Sifawa, thereafter convicted and sentenced the defendant to two (2) years imprisonment with an option of N2,000,000 fine.

He ordered the convict to restitute the victims by forfeiting the proceeds of the said crime: a residential apartment situated at No17/19 Seamans Street, Maigero, Kaduna State and two Mercedes Benz Models C550e and C450 respectively through Asset Forfeiture Unit of the EFCC for disposal and return of the proceeds to the victims of the offence through the US Legal Attaché in Nigeria.

The convict’s journey to prison started on August 29 when he was arrested in Kaduna at Unguwan Maigero in a luxury apartment, following intelligence by U.S. Federal Bureau of Investigation (FBI) on his involvement in internet scams. Items recovered from the residence included two cars (Mercedes Benz C550e, Mercedes Benz C450), an IPhone, laptops, a modem and SIM cards.