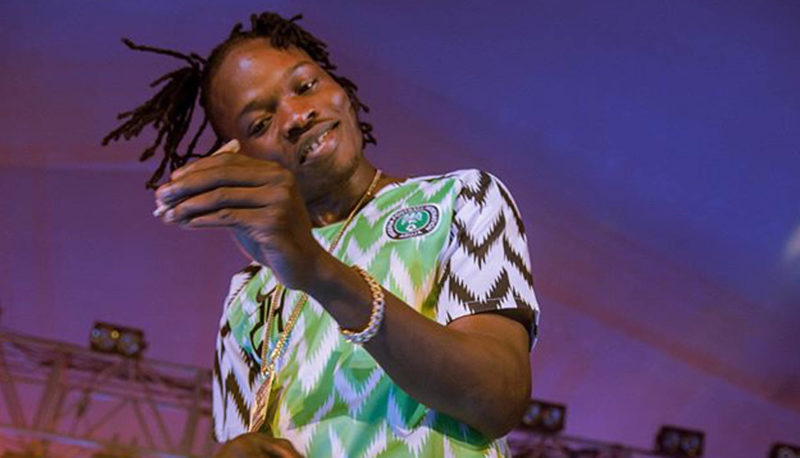 Naira Marley: I was not part of case investigation – EFCC witness

The first witness called by the Economic and Financial Crimes Commission in the trial of popular music act, Azeez Fashola aka Naira Marley, has denied being involved in the investigation of the matter.

Nuhu Buhari, the head of the forensic department, EFCC, Lagos zonal office, said this during cross-examination by the defence counsel, Olalekan Ojo, on Thursday.

The EFCC arraigned Naira Marley on an 11-count charge of conspiracy, possession of counterfeit cards and fraud.

Mr Buhari, while being cross-examined before Justice Nicholas Oweibo of the Federal High Court in Lagos, said he only did a forensic analysis of devices presented to him.

“Apart from the digital forensic examination, I did not play any role during the investigation of this case. ”

He also agreed to the statement of Mr Ojo that he was not specifically asked to investigate the ownership of the device but he did so because it was a part of the standard procedure for analysis.

Mr Ojo then argued that Mr Buhari had no right to tell the court that the owner of the device is Azeez Fashola. But Mr Buhari disagreed, maintaining that he can.

Mr Ojo then asked the witness if the name Azeez Fashola appeared anywhere in his report marked exhibit E. Mr Buhari answered “No.”

Mr Ojo also asked if the witness would confirm as a communication technology expert that a computer device can be set up with particulars as desired by the purchaser.

Mr Buhari confirmed this and the counsel went ahead to suggest that anybody could have set up their device, using the name Naira Marley, a question Mr Buhari promptly answered with “of course.”

Questioning the choice of words used in filling the report, Mr Ojo asked the witness to define what it means in his kind of profession to use certain words, including ‘obvious’ and ‘appears’.

In response, Mr Buhari explained that ” appears doesn’t connote certainty. Appearance in tech is not a certainty. Something can appear this way but it’s not exactly like that.”

Following up, Mr Ojo asked the witness to read page 6, line 10 of his forensic report marked as exhibit E. It reads:

“Finally, based on the analysis of the device, it appears that the user purchased credit card information from the sites analysed and used them for online shopping.”

The cross-examination was interrupted by an argument amongst lawyers over sitting space in court which led to the adjournment of the matter at the instance of the court to December 11 and 12 for the continuation of cross-examination of the prosecution witness.

During the examination in chief at the last hearing, Mr Buhari had informed the court that stolen credit cards information were found on a laptop alleged to belong to Mr Fashola. He also told the court that some of the card information was cards which allowed cardless transactions without requiring a pin for transactions up to $12,000 with only the card number and the CVV.

He had also informed the court that the five most visited sites were sites where stolen credit card information could be sold and bought.

Naira Marley is being prosecuted by the EFCC on an 11-count charge of conspiracy, possession of counterfeit cards and fraud.
His co-defendant is one Yad Isril, said to still be at large.

He was arraigned on May 20 and pleaded not guilty to all the counts.

He was also granted bail of N2 million with two sureties in like sum.

The defendants allegedly conspired to use different Access Bank ATM cards to defraud their victims.

They allegedly used Access Card number 5264711020433662 issued to other persons, in a bid to obtain fraudulent financial gains.

Naira Marley was said to have possessed these counterfeit credit cards, belonging to different cardholders, with intent to defraud, and which also constituted theft.