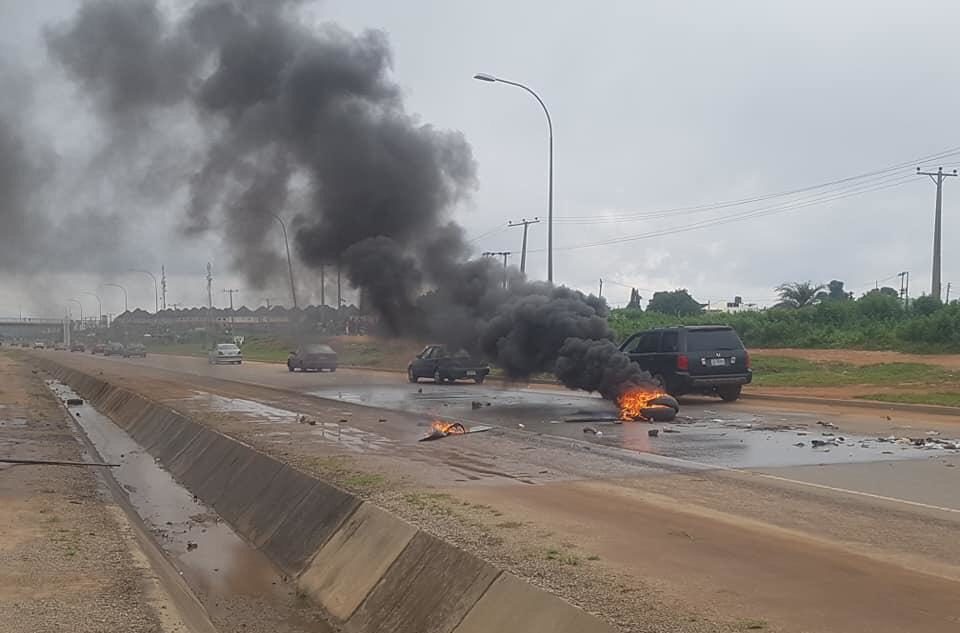 A coalition of civil society groups in Kaduna has called on Nigeria to suspend diplomatic relations with South Africa over the unwarranted killings of Nigerians in that country.

Yusuf Amoke, who addressed a press conference on behalf of the coalition on Wednesday in Kaduna, said they want the Federal Government to seek for a special meeting of the African Union to discuss the matter.

The coalition also said that South Africa must be made to compensate families of the victims and those whose businesses were destroyed.

“Nigerian Government should also request for an African Union (AU) Emergency Meeting to take a decisive position and sanction the South African Government for being unable to put an end to this reoccurring decimal in their country.”

It added that the Nigerian Government should institute necessary logistical preparations to bring back all Nigerians willing to return home from South Africa.

“Also Nigerian Government should sanction South African business environment in Nigeria by temporarily shutting them down until certain agreements are reached.”

The Presidency on Tuesday announced President Muhammadu Buhari’s intention to visit South Africa next month following the renewed spate of killings of Nigerians and other foreigners in the country.

Ahead of his visit, Mr Buhari had already dispatched a special envoy to convey his concerns over the attacks to President Cyril Ramaphosa.

The CSOs called on President Buhari to directly engage the President of South Africa and decisively demand for answers on the killings.

“We the people of Africa, particularly Nigeria, bitterly mourn the senseless killings of fellow Africans by South Africans, which is covertly supported by the Government of South Africa.

“It is worthy to remind the South African people and its Government that the freedom they enjoy today was a result of collective efforts of other African Nations, most especially Nigeria.

“However, further of such action on a single Nigerian will leave us with no choice but to react in a more deadly manner that would be a shocker to not only the South African Government and People but also to the international community.”