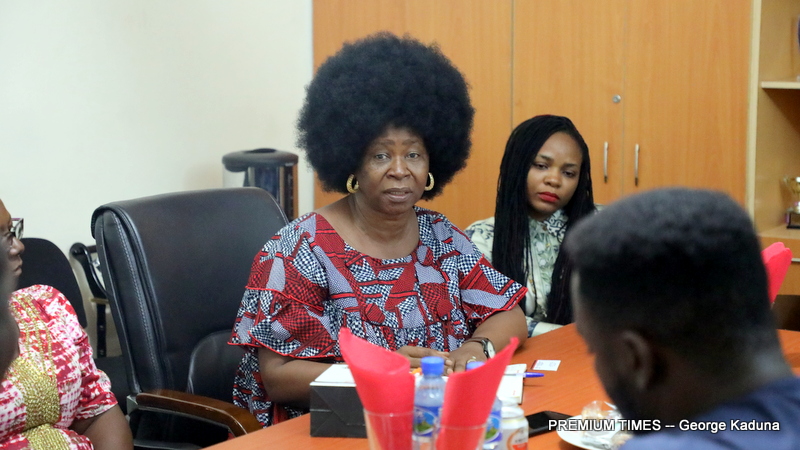 An anti-poverty agency, ActionAid Nigeria, has sought partnership with PREMIUM TIMES and Premium Times Centre for Investigative Journalism (PTCIJ) to reduce and then, eradicate poverty in Nigeria.

The Country Director of the organisation, Ene Obi, during a courtesy visit to PREMIUM TIMES on Tuesday said: “a lot is happening in the country and we need to work together for our country”.

According to the Country Director, one cannot uphold social justice unless ‘we stand on the truth, which makes transparency and accountability the core for a better society.

“Our current country strategic paper, which is running for six years, starting from last year to 2023, is on social justice to end poverty. We believe in poverty eradication. We believe that if our wealth is used for the common good if there is a redistribution of wealth, respect for dignity, accountability and transparency, our nation will be better,” she said.

She said corruption has been the major challenge in the fight for accountability for the eradication of poverty and “development does not thrive when you have corruption”.

“Corruption is denying us of development, corruption is taking money from a lot of people. There is a lot of looting that has gone on with the political class and sanctions are not given.

”If you go to the EFCC they will tell you maybe they have about a thousand cases now but the last time that I sat down to do a review with them, they had more than 400 cases in court but very few cases were mentioned in court,” she said.

“We focus on women and children, the youth and people with disabilities but we focus on communities, so it depends on everybody at the community level. We focus on the education of the girl child, particularly,” she said.

Mrs Obi expressed her dissatisfaction on the nomination of seven women as ministers out of the 43 who were nominated. “You cannot have 50 per cent of a country not well represented.”

“(The) participation of women and people with disability will bring human development,” she said.

In his reaction, the Editor-in-Chief of PREMIUM TIMES, Musikilu Mojeed said the newspaper is telling news as it is, for the uplifting of the country, citizens and humanity.

He said PREMIUM TIMES will amplify ActionAid’s work through its platforms.

“If we stand together, we can help each other and remain alive. It is important for civil society organisations to identify their real allies in the media,” he said.