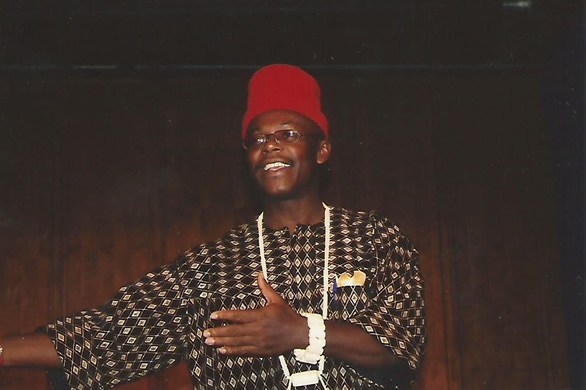 Obiajulu Emejulu has been appointed the substantive Executive Director, National Institute for Nigerian Languages (NINLAN) in Aba, Abia, the institution said in a statement on Sunday.

The statement was signed by the Head, Information, Protocol and Public Relations, NINLAN, Chris Nwankwor.

Mr Emejulu, a professor of Communication and Language Arts, was chosen by the Governing Council of NINLAN under the chairmanship of Nkwo Nnabuchi, following a screening interview conducted for shortlisted applicants.

The institution said nine other professors applied for the post but five were shortlisted and after screening them, Mr Emejulu was chosen for the post.

Mr Emejulu said his vision was to reposition NINLAN to effectively realise its mandate of awarding certificates, diplomas, degrees and serve as a centre for research and learning of Nigerian languages.

He said his immediate priority was the commencement of National Certificate of Education programme in some subject areas following recent approval by the National Commission for Colleges of Education.

Mr Emejulu said the institution’s mandate of awarding degrees was being hampered by some loopholes in the NINLAN Act which the National Universities Commission had spotted.

He asked for urgent action to rectify the problem and gave an assurance that as soon as the challenge was dealt with, the institution would proceed to fulfil its mandate of awarding degrees.

The professor said the institution which sits on 209.4 hectares of land along Opobo–Azummini Road, Ogbor Hill, Aba, has had its development retarded because of the paucity of funds.

He said that NINLAN had over time made efforts to benefit from the Tertiary Education Trust Fund (TET-FUND) but had yet to be included in the scheme to enable it to develop its vast land space.

He said the institution was in need of funds to develop and fulfil its mandate and called for the assistance of governments and organisations to support NINLAN’s quest to improve Nigerian languages.

Mr Emejulu thanked the staff members of the institution who expressed satisfaction that he was appointed a substantive executive director of NINLAN following his performance in an acting capacity.

He expressed hope that his five-year tenure would result in better staff welfare, development of academic programmes and infrastructure in the institution. (NAN)