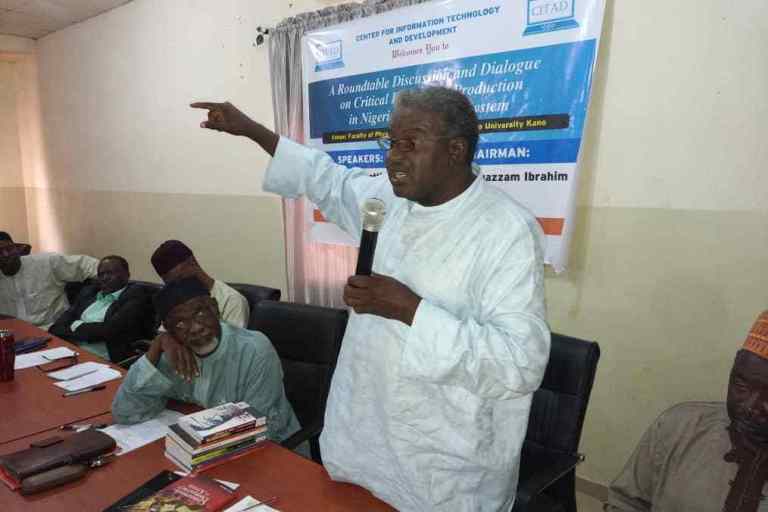 The professor of English from the Bayero University Kano (BUK), Ibrahim Bello-Kano

A professor of English at the Bayero University Kano (BUK), Ibrahim Bello-Kano, has said that the Nigerian university system has collapsed beyond redemption.

Mr Bello-Kano, known by his initials of IBK, said Nigerian universities have degenerated into ‘Super Secondary Schools’ and there is no hope for recovery.

The newspaper, KANO TODAY reports that the professor spoke at a round table organized by the Centre for Information Technology and Development (CITAD) in Kano.

The programme was on “reviving the culture of debate and critical thinking in the Nigerian university system”.

The professor attributed the decline to four factors.

The reasons he listed include poor quality of students entering the university, lack of diversity in the academic staff, poor quality of university administrators, as well as dubious processes of recruitment and promotion of lecturers.

He said these issues have combined to rob Nigerian universities of their former glories and will never allow them to recover.

Mr Bello-Kano submitted that the university system is beyond recovery and all hope is now pinned on “spirited and committed intellectuals within the system” as well as independent research centres to produce cutting edge knowledge.

“Nigerian universities have declined irretrievably and will never be better than they are now,” he said.

The professor lamented that Nigerian lecturers have become mere civil servants with a teaching function rather than academics pursuing knowledge.

Mr Bello-Kano recalled the intellectual ferment in Nigerian universities in the 1970s and early 1980s when inter-disciplinary scholarship was the norm.

The chairman of the session, Ibrahim Mu’azzam of the department of Political Science, BUK cautioned the National Universities Commission (NUC) against its plan of transforming Nigerian universities based on a market model.

Mr Mu’azzam said turning students into clients is a sure recipe for the demise of Nigerian university system.

He cited the example with Latin American countries, which, he said, have tried that model but have failed woefully.

In his contribution, the director Africa office of the MacArthur Foundation, Kole Shettima, urged for the total overhaul of Nigeria’s basic education system.

Mr Shettima, who holds a PhD in Political Science, said universities cannot be revitalised without reforming primary and secondary education.

He argued that the current system does not allow children the chance to grow critical minds but is targeted at developing their capacity to pass examinations through memorisation.

“My son who attends primary school in Canada is learning four subjects while his counterparts in Nigeria are grappling with 16,” he said.