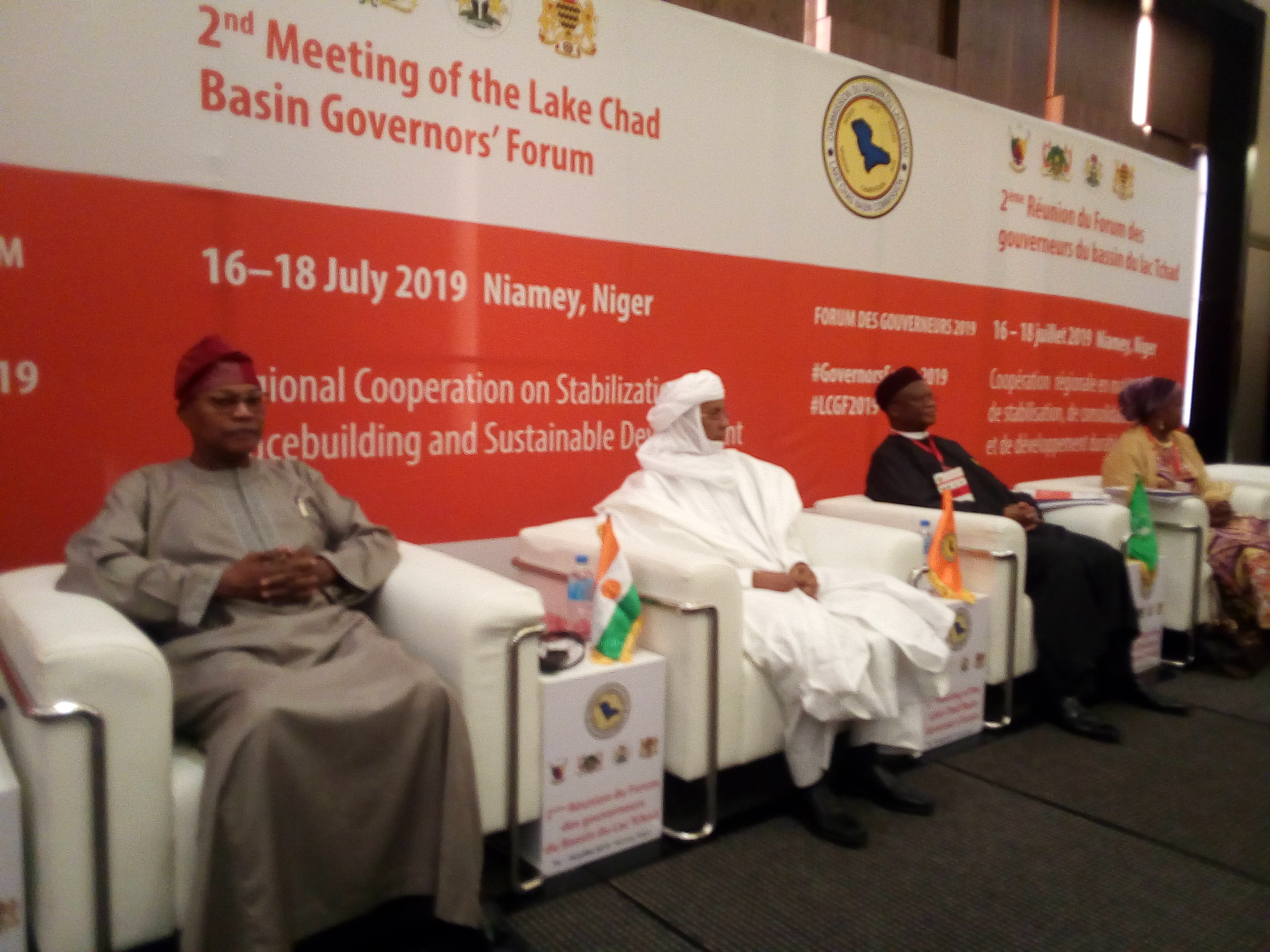 The Executive Secretary of the Lake Chad Basin Commission(LCBC), Mamman Nuhu, has said unless the four nations directly affected by the Boko Haram insurgency collaborate, the move to end insecurity in the region would be fruitless.

Eight governors or their representatives from four countries: Nigeria, Niger, Cameroon, and Chad are currently meeting in Niamey, Niger, on Wednesday alongside several CSOs and stakeholders to deliberate on the crisis rocking the Lake Chad region.

Mr Nuhu, at the opening session of the event, said although the LCBC remains focused on providing the needed support to the affected nations in their battle against regional insecurity, the leaders of these nations must collaborate through a common approach.

He also said the leaders in these nations must buy into the Regional Stabilisation Strategy which has nine pillars and 40 strategic objectives aimed at bringing the crisis in the region to a quick end.

“As the population of displaced persons increase with each attack on villages and settlements in the affected countries, each of the four affected countries devised its own strategy on how to cope with the humanitarian challenges. It soon became clear that better results would be achieved if the various national approaches were harmonised into one regional strategy that would be adopted and implemented by each,” he said.

He said the LCBC, with the support of the African Union and other partners, mobilised national experts and relevant United Nations agencies to produce a draft strategy.

“The first conference which took place in N’Djamena, Chad in November 2017 produced a framework. Several consultative meetings were held while experts visited each country to collect first-hand information about the humanitarian crisis and the strategies for addressing the challenges,” he added.

He said the strategy that would be presented at the two-day event was the culmination of all the efforts.

The UNDP Regional Director, Bureau for Africa, Ahunna Eziakonw, in her remarks commended the leaders of the region for their ‘stubborn hope’ in ensuring their communities were not overwhelmed by the ravages if the insurgency.

She also thanked them for “staying the course” in the fight against insecurity.

She said the agency and others would continue to inject the needed financial and technical support that will see to the return of peace to the region.

In separate remarks, the UN Special Representative of the Secretary-General for West Africa and the Sahel, Mohammed Ibn Chambas, and representative of the African Union Commission, Hadiza Mustapha, commended the governors for the initiative but also urged them to fully implement all the resolutions the interventions are expected to birth.

Meanwhile, a representative of the Oslo Consultative Group on Prevention and Stabilisation of the Lake Chad region, Walter von den Driesch, urged the regional leaders not to relent n their efforts to curb insecurity and restore peace in their respective domains.

The conference was officially declared open by the Prime Minister of the Republic of Benin, Brigi Rafini, who wished the participants a fruitful deliberation but also called in them to craft effective measures that would ensure that all the resolutions arrived at are fully implemented.

The two-day event will witness engagements from national, regional and international high-level participants.

Also, delegates from various institutions and government, UN agencies, continental and sub-regional bodies such as the African Union, ECOWAS, ECCAS, civil society groups, think tanks, academia, private sector from the Lake Chad Basin region will adliver their input on how to resolve the challenges confronting the region.

The event will include plenary sessions and thematic panel discussions, the organisers added.

The second meeting of the governors aims at advancing the deliberations made by the first Governors’ Forum meeting held in 2018.

The Forum is expected to build on the inaugural meeting in Maiduguri and the endorsement of the Lake Chad Basin Regional Stabilisation, Recovery, and Resilience Strategy.

Another objective of the meeting is to further institutionalise the Governors’ Forum as a formidable platform to tackle the challenges in the region.

The forum is also expected to close with the presentation and adoption of a communiqué, which will contain key conclusions and decisions jointly agreed on by key participants.