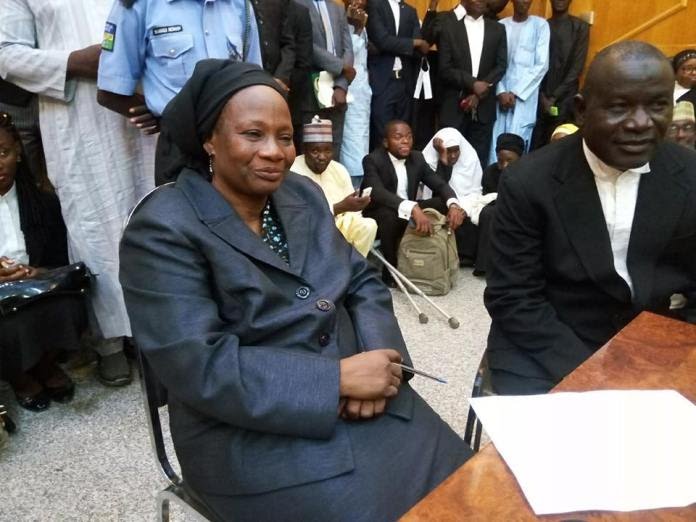 A judiciary advocacy group, Access to Justice, has condemned the alleged harassment of the former acting chief judge of Kebbi State, Elizabeth Karatu, who was barred from gaining access to her courtroom by an official of the Nigerian Security and Civil Defence Corps.

The group in a statement in Lagos described the action as “one of the most sinister ways” of preventing courts from playing their roles as arbiters of disputes and guardians of the liberties of the people.

“Legally speaking, what the official of the Nigerian Security and Civil Defence Corps did was a classic act of judicial contempt – contempt of court, in all of its complexion,” said Joseph Otteh, Convener, Access to Justice.

“Whoever authorised the said officer to prevent Justice Karatu from accessing her court is also a principal contemnor and all of them should be made accountable for their actions.

“It is also an interference with the administration of justice which is a criminal offence in quite a number of jurisdictions, including, possibly, Kebbi State.”

Mrs Karatu, who was billed to retire on July 5, was supposed to rule on cases on July 4, her last day in office.

Until her retirement, she was the most senior judge in Kebbi State judiciary but was controversially denied confirmation as the substantive chief judge.

In a video that trended online, an NSCDC official was seen barring Mrs Karatu from gaining access into her courtroom.

The NSCDC had, in a statement, defended the officer’s conduct saying the court was under lock and key and the official was protecting the environment from vandals.

But the agency’s action received a public condemnation, with the Socio-Economic Rights and Accountability Project describing it as “an intolerable act of intimidation.”

In its statement, Access to Justice said the judiciary needs to respond “strongly” to the incident.

“If the judiciary allows any form of this impunity to stand, it will shoot itself in the foot, inflicting harm on itself and its own powers and dignity, while opening the gates for repeat occurrences of similar acts in the future,” said Mr Otteh.

“If its responses come up short or light, it sends an ambivalent message about its own strength or resolves to defend itself when its core values are attacked, as well as its integrity as an institution of government. A weak response will further reduce the image of the Judiciary in the eyes of both members of the judiciary and the wider public.”

Mr Otteh called on the leadership of the judiciary in both Kebbi State and nationally to investigate the incident and bring those responsible for interfering with the administration of justice in this way to account.

“If Nigeria’s judiciary steps up to the plate, and offers a principled and bold intervention on this incident, this would be a significant way for the judiciary’s new leadership to announce that change is underway and that the judiciary will no longer be a stamping ground for acts capable of publicly ridiculing it.

“This is the kind of hope Nigerians desperately seek to see in the horizon, however distant it seems, particularly in these troubling times.”