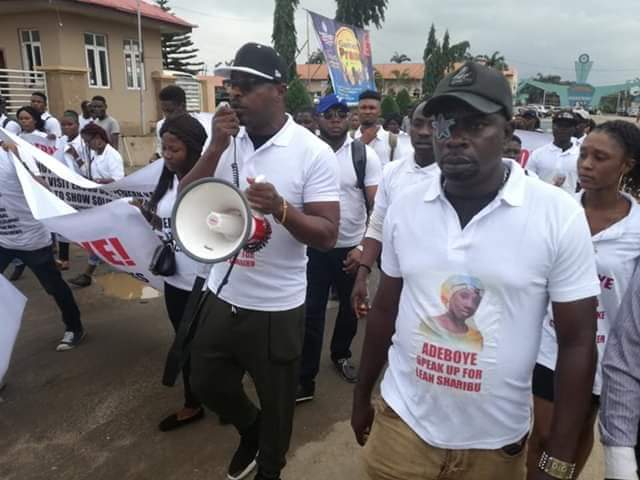 The Christian Association of Nigeria (CAN) has urged secular musicians who recently protested against the General Overseer of Redeemed Christian Church of God, Enoch Adeboye, to direct their complaints to the government.

The association stated this in a statement issued on Wednesday in Abuja by its National Director, Legal and Public Affairs, Samuel Vondip.

The News Agency of Nigeria (NAN) reports that some protesters, including Charly Boy, Idris Abdulkareem and Baba Fryo on Monday staged a peaceful protest at the RCCG Redemption Camp on the Lagos-Ibadan Expressway.

The protesters called on Mr Adeboye to speak up against what they termed the injustice in the country.

”While we appreciate the concern of the protesters over the issues they raised and the call for a better nation, we strongly believe that singling out one of our leaders and members, to say the least, is unfair.

”The entire exercise, in our view, was ill-motivated. The people who staged this insulting protest against a highly revered servant of God in the person of Pastor Adeboye are totally ignorant of the operations of CAN.

”It needs to be known to all that Adebayo had addressed the press on several occasions, saying that as a ‘man under authority’, he cannot speak on issues that CAN or PFN have spoken about,” Mr Vondip said.

He said that any protest against Mr Adeboye would be viewed by CAN as a systematic insult against church leaders in Nigeria.

”Why should any group of people think that it is their right to protest and demand that Pastor Adeboye must speak on the issues they listed when CAN and PFN had spoken about them?

”On about three occasions, CAN had taken many of the issues raised by the protesters to President Muhammadu Buhari

”CAN had requested the government to do more to get the people in Boko Haram captivity released.

“We specifically mentioned the remaining Chibok girls, Leah Sharibu, Ibrahim El-Zakzaky, the Islamic preacher who is still kept in detention against the ruling of the court,” he said.

Mr Vondip said that CAN had also spoken to those in government, especially the Christians among them who were members of the association, to speak for the oppressed in the country.

He added that they had been urged to defend their faith rather than explaining away evils in order to protect their jobs and daily bread.

The CAN official said on some occasions, the association had written the National Assembly for its intervention.

”While we understand the frustration of those who organised the protest, we are against the method they adopted by directing their anger against an innocent man.

”Adeboye will never support oppression and he has been speaking against these evils in the land through CAN and, on several occasions, in his sermons.

”We further urge those who protested to direct their future protests at those in government who should do more to free those who have been in captivity for no sins of theirs.

”They should direct their protest against the people in power to make the nation safer from the attacks of herdsmen, kidnappers, ritual killers, armed robbers, armed bandits and Boko Haram terrorists.

”We have no gun to fight our battles except to speak out as we have been doing and never at the same time give up praying to God, who can do all things,” he added.

Also on Wednesday, Mr Adeboye released a statement saying he stands by all CAN and PFN have said on the security situation in the country.

Nigeria demands probe into death of national in South Africa