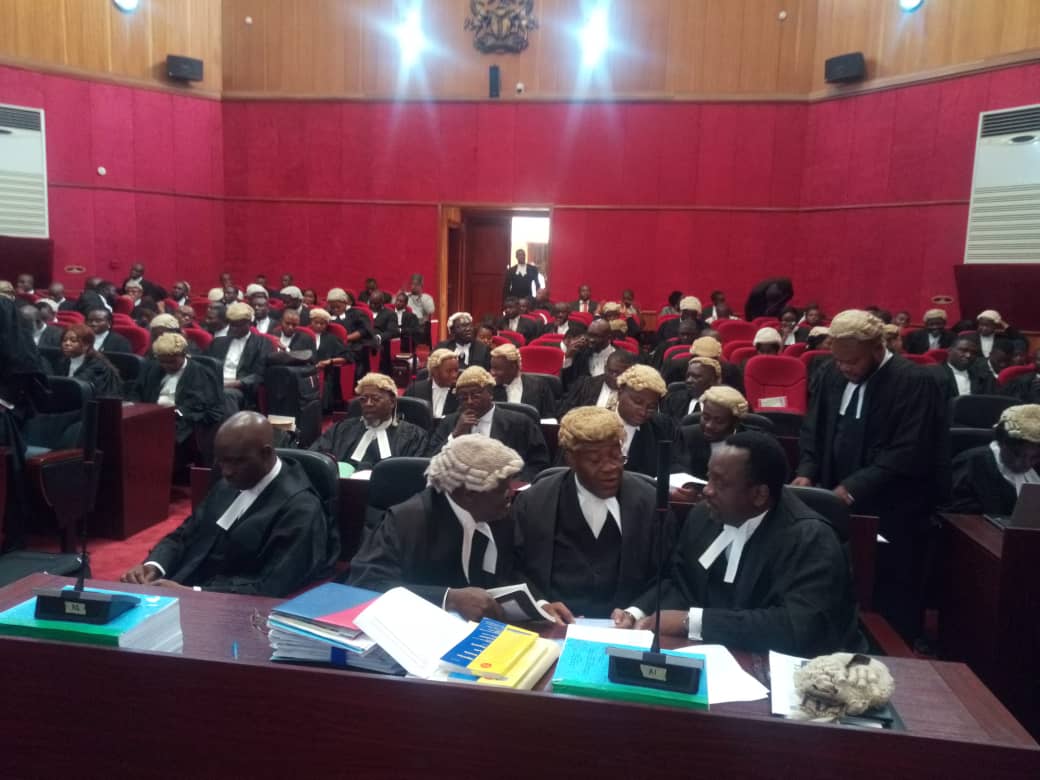 A witness in the ongoing hearing of the presidential election petition, Muhammed Tata, has alleged that elections were not conducted in his polling unit.

The witness who described himself as a Peoples Democratic Party agent in one of the polling units where election results are being contested, created a drama with his responses intended to prove his statement.

In a rather dramatic session of question and answers, Mr Tata who said he was deployed to cover elections in a polling unit within Jigawa State, forced a senior advocate, Lateef Fagbemi, to “request assistance” from the court on Monday.

Mr Tata had begun his testimony by responding to a question from INEC’s lawyer, Yunus Usman, on whether he was forced to sign some documents during the elections.

After reading through his statement, the witness said he was forced to sign, despite complaints that elections did not hold.

Responding to a second question from Mr Usman on whether the ruling APC polled 700 votes at the unit, Mr Tata said, “they wrote 700 votes because there was no election.”

Mr Tata explained that he was neither concerned about winning or losing the elections. He added that his only contention is that justice prevails.

After responding in the negative to a question on the electoral officers he had worked with, Mr Tata appeared miffed over the repetition of the same question by another APC lawyer, Mr Fagbemi.

“Did I write that there was an election that I will know who I worked with?”
his question prompted Mr Fagbemi to request assistance as the crowd reacted with laughter.

The tribunal chairman, Mohammed Garba, then noted that the court would check his statement to know what he had written and what is not contained in it.

Mr Tata then added that there was no peace on the election day in his area.

He also said he reported the problem to his party and the local government electoral officer.

Six witnesses appeared at the hearing on Monday, including Buba Galadima, a former ally of President Muhammadu Buhari