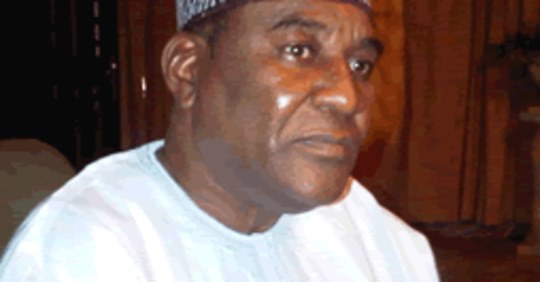 A witness, Isah Bello, on Wednesday told a Gudu Grade I Area Court that the late senator, who represented Yobe North Senatorial District, Usman Al’Bishir, had seven biological children and one wife.

The wife of late Mr Al’Bishir filed a suit through her Counsel, Ayoola Oke, seeking the court to order the distribution of the estate left behind by her husband between the heirs according to Islamic law.

Mr Bello, a legal practitioner, who was a close friend of the deceased, further informed the court that he personally knows about seven properties that the deceased left behind in Abuja alone.

When asked if he is aware of other beneficiaries left behind by the senator, he told the court that he was not aware.

”I am only aware of the seven children I mentioned earlier and his wife who is a medical doctor.

“The deceased didn’t even have parents because they died years ago.

“I don’t now know if at some point in time he had another family,” he said.

He also said the younger brother of the deceased who was handling his properties in Abuja, handed it over to the Center to Dispute Resolution of Sharia Court of Appeal.

He added that the late senator, owned Savanna Group of Companies which comprised of five different companies.

Challenging his testimony, the respondent’s counsel, Mohammed Sani, urged the court to strike out the witness testimony due to the fact that a lot of what he said were hearsay.

The Judge, Ado Muktar, however upheld the witness testimony.

Mr Muktar said: “According to Sharia law, there are six instances where hearsay evidence can be taken. One of the instances is during inheritance if the testimony tallies with the information already gathered by the court.”

He then adjourned the case until July 1 for continuation of hearing.

Mr Albishir represented Yobe North Senatorial District, and was a Governorship candidate of Peoples Democratic Party (PDP) in the state in 2011.

He died on July 3, 2012 in an auto crash, which occurred on the Kano-Zaria expressway.