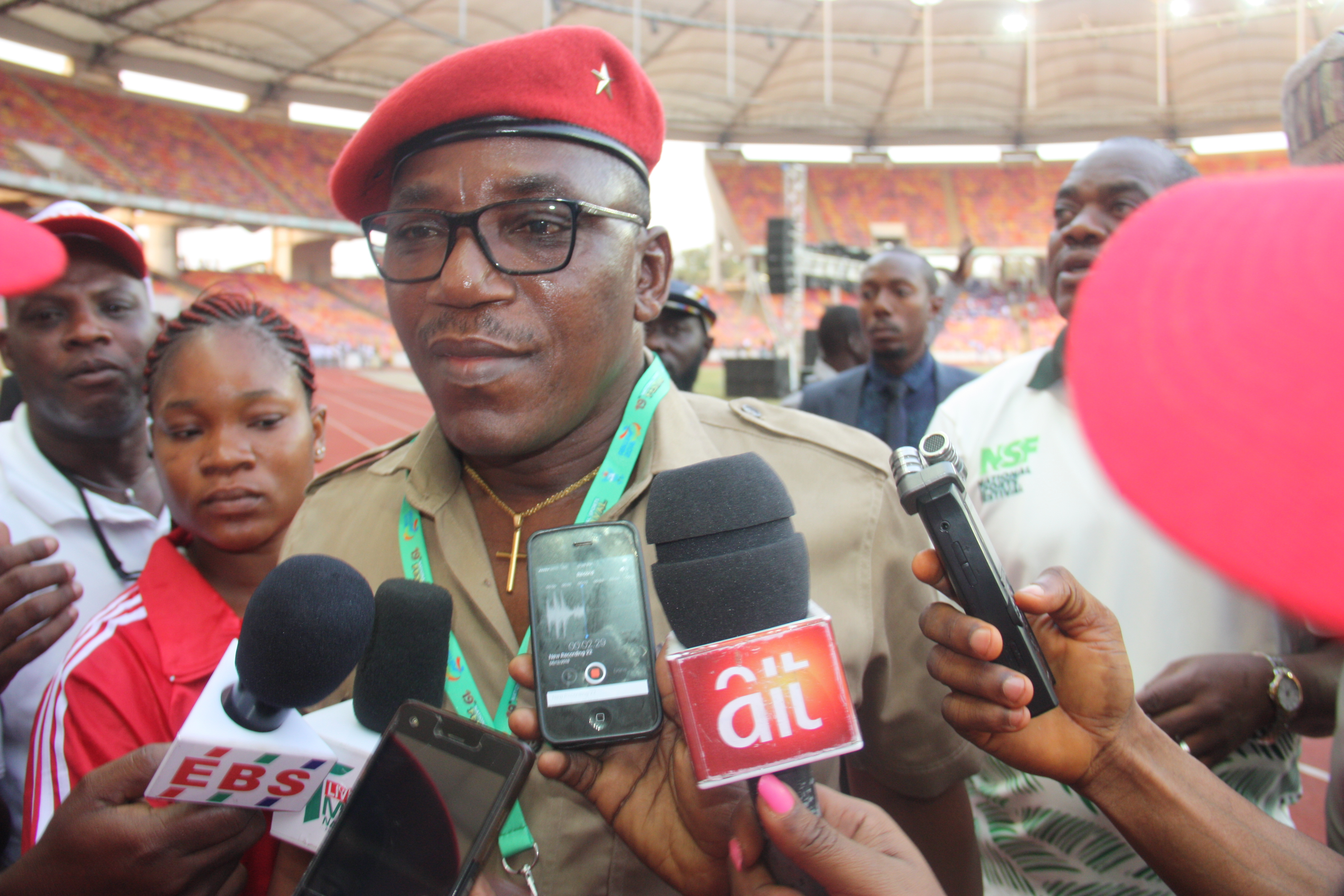 The apprehension among Nigerians that the International Association of Athletics Federations (IAAF) will ban the country has been quelled for now.

The IAAF recently gave a two-week deadline to Nigeria to refund monies overpaid its affiliate body in the country, the Athletics Federation of Nigeria (AFN), two years ago.

On the eve of the expiration of that deadline, there was a shocking twist as the outgoing sports minister, Solomon Dalung, openly took a swipe at the world athletics body; accusing them of blackmail.

Mr Dalung unequivocally declared that the IAAF had no right to ban Nigeria while also faulting why it took almost two months before the athletics body came out to say they made a mistake in a transaction they had confirmed.

“I smell rat in the whole thing and I believe that the whole thing has been orchestrated in an attempt to blackmail Nigeria,” the minister told journalists at Saturday’s race in Okpekpe.

He continued: “Even when we went into it, we were not even convinced what the mistake was, is it a mistake of Nigeria or that of IAAF?

“When did they realise they made a mistake when the transaction was confirmed? I made a mistake in transferring money… I realised within 10 minutes and I called my bank and I retrieved the money. Why did it take IAAF two months to realise a mistake? An international organization, highly reputable?”

However, Nicole Jeffery, Head of Communications of the IAAF, sent a statement to PREMIUM TIMES revealing that Mr Dalung on his final day in office, on Tuesday, had fresh talks with the IAAF President Sebastian Coe and an amicable solution has now been reached

“The IAAF can confirm that the Honourable Solomon Dalung, Minister for Sport in Nigeria, and IAAF President, Sebastian Coe spoke by telephone yesterday evening to discuss the overdue payment of the funds that were mistakenly paid by the IAAF to the Athletics Federation of Nigeria.

“An amicable resolution has been reached and the matter will be settled very soon. The IAAF would like to thank Minister Dalung for his assurances and continued interest in the sport of Athletics,” the statement from the IAAF read.

After three and a half years, Mr Dalung’s reign ended as the Minister for Youth and Sports Tuesday.

I think this is a goodbye, Hazard says