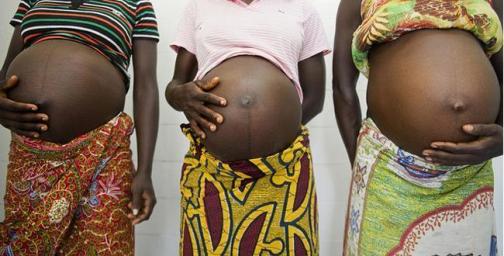 Teenage girls to deliver over 70 million babies by 2030 — Report

If current trends are not checked, there will be more than 70 million babies born to teenage girls globally between now and 2030, a new report by Save the Children has found.

Nigeria is expected to overtake India as the country with the largest burden of adolescent births.

Launched ahead of International Children’s Day on June 1, the report includes the annual End of Childhood Index, which finds that circumstances for children in the majority of countries across West and Central Africa have improved since 2000.

It showed the world had made remarkable progress in protecting childhoods, thanks to strong political leadership, social investments, and the success of the United Nations Millennium Development Goals (MDGs).

However, despite the progress recorded globally, Nigeria is ranked in the bottom 10 of the index rankings. The country is ranked 170 out of 176 doing slightly better than countries like Somalia, South Sudan, Mali, Chad, Niger, and the Central African Republic in number 176.

In the year 2000, an estimated 970 million children were robbed of their childhoods due to ‘childhood enders’ – life-changing events like child marriage, early pregnancy, exclusion from education, sickness, malnutrition and violent deaths. That number today has been reduced to 690 million – meaning that at least 280 million children are better off today than they would have been two decades ago.

Together, China and India account for more than half of the global decline in stunting alone.

Progress in many African countries has been too slow to keep up with population growth. As a result, even though marriage rates have dropped, the absolute number of child brides has risen by more than 100,000 in eight countries.

The report also found that circumstances for children in the majority of countries across West and Central Africa have improved since 2000. This includes:

– Out-of-school and child marriage rates are both down 19 per cent.

– Stunting – the impaired growth that children experience from poor nutrition and/or repeated
infection – is down 18 per cent.

The top 10 worst conflict-affected countries to be a child today, according to the report, are Afghanistan, Central African Republic, the Democratic Republic of the Congo, Iraq, Mali, Nigeria, Somalia, South Sudan, Syria, and Yemen.

Large numbers of children in these countries are living close to high-intensity conflicts marked by grave violations of children’s rights (killing and maiming, recruitment, sexual violence, abduction, attacks on schools and hospitals and denial of humanitarian access), the report stated.

Eric Hazard, Save the Children’s Campaign and Advocacy Director for West and Central Africa, said more investment and more focus are needed to ensure every child enjoys a safe, healthy and happy childhood.

“A hundred years ago, following one of the most destructive wars in human history, Save the Children’s founder, Eglantyne Jebb, drafted the Declaration on the Rights of the Child. Today children are healthier, wealthier and better educated than ever before,” said Mr Hazard.

“While progress has been remarkable, millions of children continue to be robbed of a childhood. We now need to continue to push to reach every last child and ensure they receive the childhood they deserve.

“Governments can and must do more to give every child the best possible start in life.”