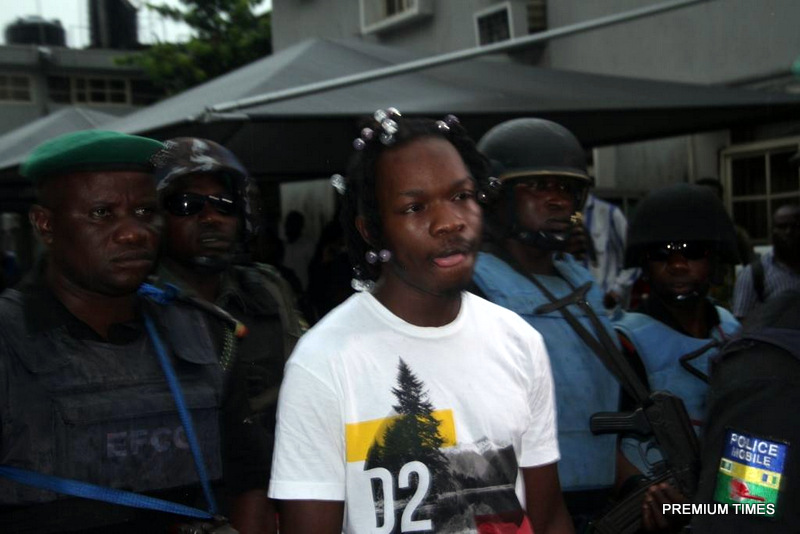 Naira Marley arrived at the court premises around 9.46 am, looking sober in his white T-shirt and black trousers.

Justice Nicholas Oweibo did not accept the singer’s plea but ordered that he be remanded in Ikoyi prison till May 30 when arguments on his bail application will be heard.

The prosecution counsel, Rotimi Oyedepo, then asked the court for a trial date. He also prayed for accelerated hearing of the case and urged the court to remand the defendant in prison custody.

Counsel to the defendant, Mr Ore-Agba, asked the court for a date to hear the bail application on behalf his client.

When the counts were read to him, Naira Marley pleaded not guilty.

Justice Oweibo also ordered the police to return the case file following the singer’s arraignment before the court on 11 counts of alleged credit card fraud.

Fans and relatives of the popular upcoming pop artiste flooded the court premises. His mother broke down in tears uncontrollably after he was remanded in prison by the judge.

The defendant was arrested on May 10, 2019, following intelligence report received by the Commission about his alleged involvement in internet fraud.