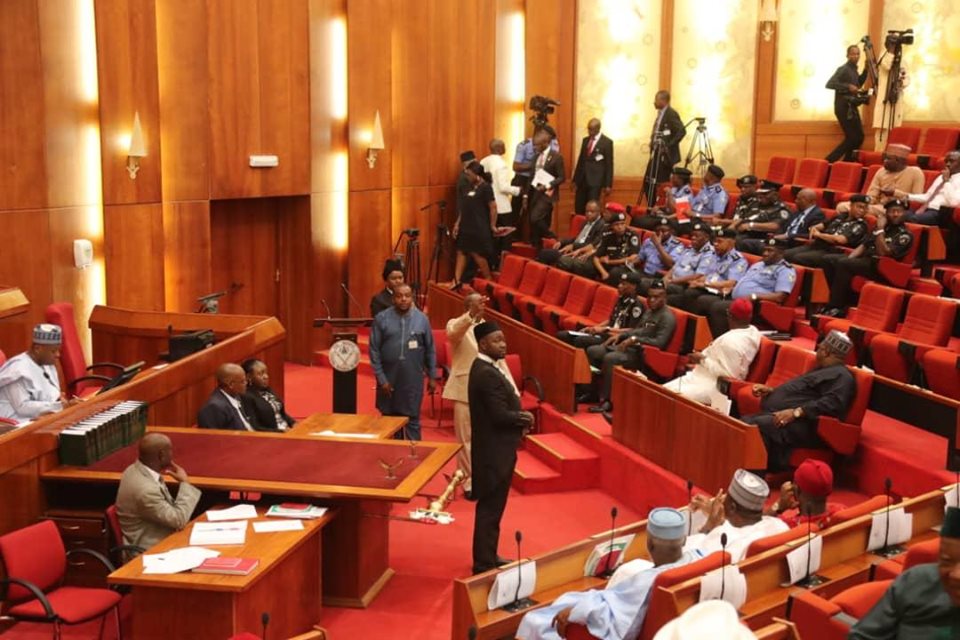 Inspector General of Police, Mohammed Adamu at the Senate

The Senate has confirmed the appointment of a former Deputy Governor of Central Bank of Nigeria (CBN), Tunde Lemo, as the chairman of the Federal Road Maintenance Agency (FERMA).

It also confirmed Nurudeen Abdurahaman, as the Managing Director and six members of the board of the agency.

President Muhammadu Buhari had written to the Senate in July 2018 seeking confirmation of the nominees.

Although the president in his letter described the position of the board members as “executive director”, the Senate Committee on FERMA said it is alien to the FERMA Act.

The chairman of the committee, Magnus Abe, explained this while presenting the report. He said Section 2(3) of the FERMA Act recognises “board members” and not “executive directors.”

He also said the nominees were available for screening and the committee found them suitable for the positions. He recommended that their appointments be confirmed.

The Senate, after that, dissolved into the Committee of the Whole and confirmed the nominees.