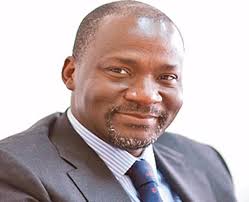 A Senior Advocate of Nigeria (SAN), Dele Belgore, standing trial for N450 million fraud, on Monday told a Federal High Court in Lagos that he only received fund for the 2015 Election campaign coordination in Kwara State.

Mr Belgore gave evidence under-cross examination in a money laundering charge preferred against him by the Economic and Financial Crimes Commission (EFCC).

They, however, pleaded not guilty to the charges and were granted bail.

Mr Belgore, who is a former Campaign Coordinator of the Peoples Democratic Party (PDP) in Kwara, gave evidence on April 12, while the court adjourned for cross-examination.

Under-cross examination by Mr Oyetibo, Mr Belgore told the court that there were fund raising activities by the PDP in the buildup to the 2015 elections.

He testified that prior to the elections, there were complaints of insufficient fund by the Kwara PDP, adding that when the fund eventually arrived in Kwara, it was used specifically for campaign coordination.

Mr Oyetibo asked: “At the end of the fundraising exercise, money running into tens of billion was raised by the party?”

Mr Belgore responded in the affirmative.

He also testified that in a presidential election, candidates were expected to have a party agent in each polling unit, adding that there were about 1,872 polling units in Kwara at the time.

He told the court that in some areas considered to be problematic, there were up to three ward collation agents.

According to him, there are 16 local government areas in Kwara and three senatorial districts.

He told the court that besides the agents mentioned, there were also state collation agents.

He testified that the agents were paid for services rendered, as well as for transportation and feeding.

Defence counsel then asked: “So the complaint about non-availability of funds before the election relates to funds for all these expenses as enumerated?”

The witness replied, “Yes”, adding that the complaints were communicated to the headquarters.

He said as a state coordinator, he received information on the fund when it was released.

Defence counsel asked, “Can you recollect the date of the presidential election?”

“So, it is humanly impossible for you and the second defendant to have distributed the fund across Kwara State between March 26 and March 28?” the counsel asked.

When asked if he or the second defendant collected any part of the N450 million, he replied, “No”.

On whether he was informed of any other source of the money, he replied, “No, to the best of my knowledge.”

Referring to counts one to six of the charge – allegations of alleged conspiracy with a former Petroleum Minister, Diezani Allison-Madueke – he testified: “From when I was appointed campaign coordinator, up till now, I never met, communicated, or interacted with Diezani or any person said to be acting on her instructions or behalf.”

When asked if, after receiving the money he or the second defendant were informed by anyone that part of the money was remaining,” he replied, “No.”

Trial will continue on May 15.

In the nine-count charge, the EFCC alleged that Diezani (said to be at large) conspired with Messrs Belgore and Sulaiman on or about March 27, 2015, to take possession of the sum of N450 million, which they reasonably ought to have known formed part of proceeds of unlawful act.

They were also alleged to have taken the said sum in cash, which exceeded the amount authorised by law without going through the financial institutions.

NYSC confirms abduction of a corps member, pastor in Borno