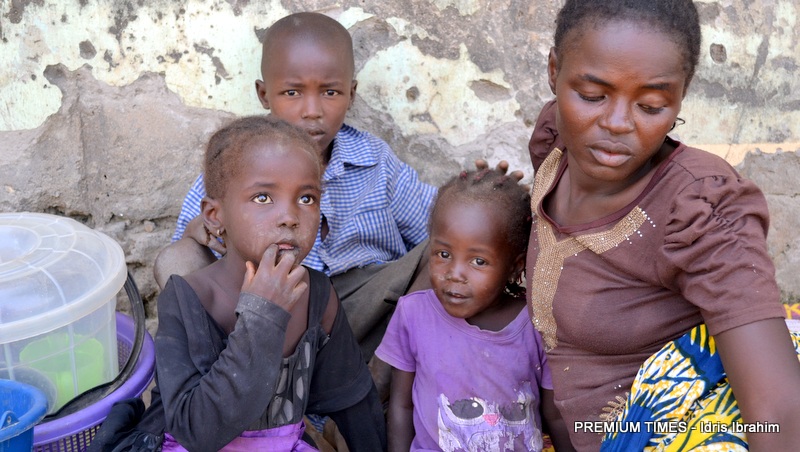 IDPs used to illustrate the story.

Over 3,500 children recruited, used by militants in north-east Nigeria – UNICEF

The United Nations Children’s Fund (UNICEF) has said more than 3,500 children, have been recruited and used by non-state armed groups in North-East Nigeria since 2013.

The UN organisation said most of children aged 13 to 17, were recruited by non-state armed groups between 2013 and 2017 and have been used in the ongoing armed conflict in north-east Nigeria.

The communication specialist of UNICEF, Eva Hinds, said this in a statement Friday morning.

Commemorating the fifth anniversary of the 2014 Chibok abduction, the UN children’s agency said these numbers are only those that have been verified, while the true figures are likely to be higher.

According to UNICEF, in addition to these children, 432 children were killed and maimed, 180 were abducted, and 43 girls were sexually abused in north-east Nigeria in 2018.

UNICEF said non-state armed groups in north-east Nigeria have recruited and used children as combatants and non-combatants, raped and forced girls to marry, and committed other grave violations against children since 2012.

“Some of the girls become pregnant in captivity and give birth without any medical care or attention,” the organisation said.

“In 2017 and 2018, UNICEF and its partners provided community-based reintegration services to more than 9,800 people formerly associated with armed groups, as well as vulnerable children in communities,” UNICEF said.

The UN organisation said these services help to trace children’s families, return them to their communities, and offer psychosocial support, education, vocational training, informal apprenticeships, and opportunities to improve livelihoods.

Over 100 of the girls were later released through negotiation brokered between the Nigerian government and the terrorists by a third party, including the government of Switzerland.

But the belligerent insurgents re-enacted the Chibok seizure in February when they kidnapped 105 school girls in Dapchi in Yobe State, 75 kilometres south of the border with Niger Republic.

But the Nigerian government later secured the release of all but one of the Dapchi girls, although five others reportedly lost their lives while being taken away by the terrorists.

The anniversary of the Chibok abduction is marked April 14 yearly.

Similarly, the UNICEF representative, Mohamed Malick said the abduction of Chibok girls is a reminder that widespread abductions of children and grave violations of children’s rights continue to take place in the north-east.

He urged for the protection of children’s rights across the country.

“Children should feel safe at home, in schools and on their playgrounds at all times,” he said.

Mr Malick called on parties to the conflict to fulfil their obligations under international law to end violations against children and to stop targeting civilian infrastructure, including schools.

“This is the only way we can begin to make lasting improvements in the lives of children in this devastated part of Nigeria,” he said.

In 2003, Nigeria adopted the Child Rights Act to domesticate the Convention on the Rights of the Child.

Although this law was passed at the Federal level, it is only effective if State assemblies also start it.

The Children’s Rights Act 2003 (CRA) was created to serve as a legal documentation and protection of Children rights and responsibilities in Nigeria.

The law has three primary purposes: to incorporate the rights of the Convention on the Rights of the Child (CRC) and the African Charter on Human and Peoples’ Rights into the national law, to provide the responsibilities of government agencies associated with the law and to integrate children-focused legislation into one comprehensive law.