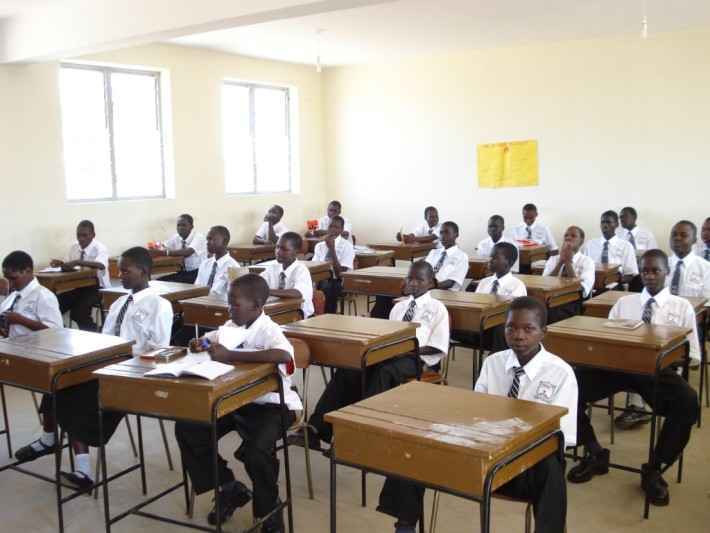 FILE PHOTO: Students in a classroom

Some parents, teachers, and students on Tuesday advocated that Science, Technology, Engineering and Mathematics (STEM) subjects be taught in indigenous languages in Nigerian schools.

They made the advocacy in separate interviews with the News Agency of Nigeria (NAN) in Abuja.

An educational consultant, Hassan Toyin, said the idea of teaching science subjects in indigenous language was good and would be best practised in villages to achieve good results.

Mr Toyin said the best way to teach the science subjects in the cities in a Nigerian dialect would be to use the pidgin language so as to get maximum results.

“Although, teaching STEM subjects is going to be a little bit difficult because Nigeria has about 500 different languages.

“Furthermore, a typical Nigerian class is made up of a mixture of students from different parts of the nation but if pidgin is used to teach these science subjects, it will go a long way to improve students’ understanding.

“Teaching science subjects in other languages is a very good idea but it will work best among the locals where one language is spoken and predominant,” the consultant said.

In the same view, a civil servant and parent of two teenagers, John Black, said teaching STEM subjects in the indigenous language was not a bad idea.

According to Mr Black, “to make STEM subjects widely accepted and understood in Nigeria, language mediums that are easily understood by the students have to be employed.

“So the use of our local languages can be adopted. It is not a bad idea at all.’’

She said that most students in the cities might find it difficult at first, but it would help them understand the language, mathematics, and other science subjects better.

“ Although it may not work in the urban setting, if applied where it will work, why not? It has worked in other countries and if it is tried here, it will surely work but it may only take time.

“Teaching STEM subjects in indigenous languages will truly boost the interest of these students.

“Let research be conducted and trials carried out in schools first, I believe the roadblocks will be surmounted,’’ Birnin said.

Glory Modeva, a former Senior Secondary School Student at Unity College, Tarka Local Government, Benue State, said if she was taught science subjects in Tiv, she would be widely exposed in the sciences.

Modeva, who recently relocated to the Federal Capital Territory (FCT), said while she was in the village she enjoyed being taught in TIV language as she had a deeper understanding of the subjects being taught.

“English is not our language in Nigeria; I am also learning it as a language. I was not born with it so I don’t mind being taught science subjects especially mathematics in TIV language.

“Before I relocated to the city, my Maths teacher usually taught us with a mixture of TIV and pidgin English, and this helped us in getting good grades.

Ibironke Babatunde, a graduate of Microbiology who teaches biology at Elite Stars Secondary School, Bhazin, Abuja, said it would be a welcome idea for STEM subjects to be taught in indigenous languages.

“I have been teaching for the past 16 years and I usually illustrate some of my topics in local dialects such as pidgin or a bit of the three major Nigerian languages.

“I have a good understanding of Yoruba, Hausa and Igbo.

“Teaching my students in the best way they can understand helps them to remember and assimilate faster.