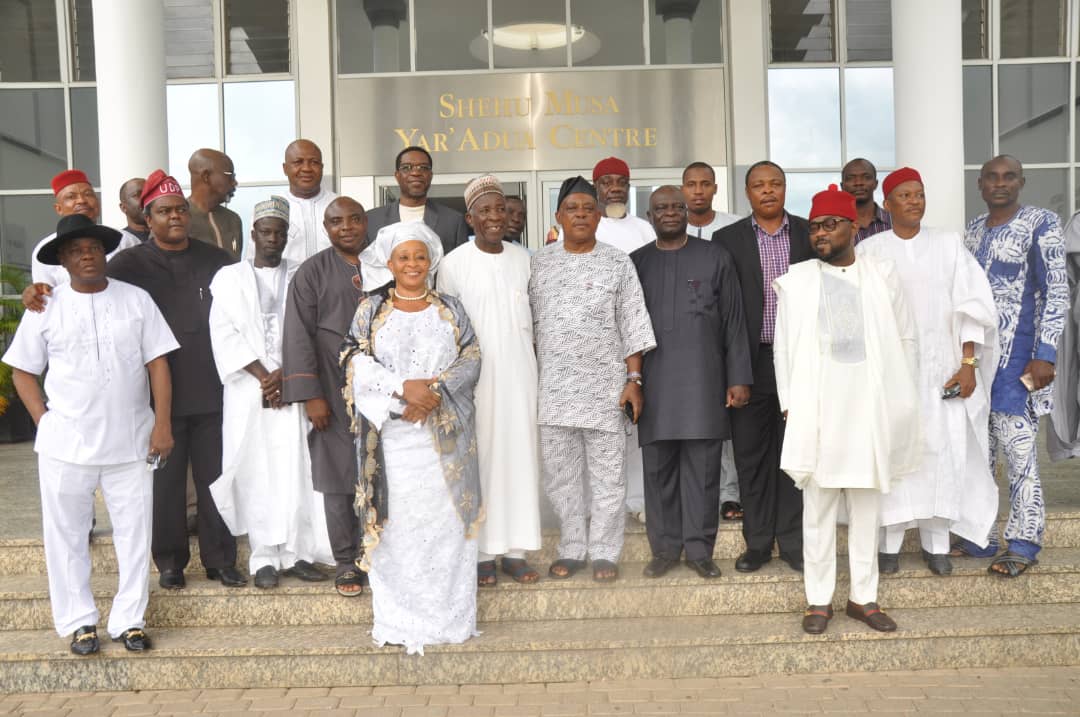 Nine political parties have signed the Coalition of United Political Parties (CUPP) memorandum of understanding and assumed its membership.

The chairman of the steering committee of the coalition, Olagunsoye Oyinlola, stated this at the signing ceremony held at the Ya’ardua Centre, Abuja on Monday.

“I describe this event as being very important because the point we are in in the life of our nation and our democracy is the unification of all progressives forces to rescue this country,” Mr Oyinlola, a former governor of Osun State, said.

The coalition was established when 40 political parties in July signed an MOU to work together with the view to fighting the next election as a team. This addition is coming amidst the withdrawal of some parties like the Social Democratic Party (SDP) which initially signed the MOU.

Mr Oyinlola said the event was a pointer that the coalition is “on the side of the people and God in this movement of national redemption.”

While welcoming the nine parties, he said CUPP is an equal opportunity coalition, where there is no seniority as every member is carried along and decisions are taken by consensus, citing the decision to pick the Peoples Democratic Party (PDP)’s candidate, Atiku Abubakar, for the 2019 presidential election.

However, the SDP controverted this when it opted out of the coalition, noting that even though it was fully involved in the coalition from the start, it was not part of the decision that produced Mr Abubakar.

But Mr Oyinlola likened this reaction by the SDP to that of a man who eats a rat from the head and when it gets close to the tail declares allergies to rats.

While welcoming the new parties, the chairman said CUPP provides a level playing ground for all, assuring them their late arrival would not in any way affect them.

Mr Oyinlola, who was a former National Secretary of the PDP, claimed there had been moves to destroy the coalition and a prediction that it would collapse before the February elections.

“But the fact that there is increased membership is a vote of confidence in what we are doing and a clear red card to the incumbent.

“If the people in government are honorable people, they will read the hand writing on the wall and throw in the trowel before the elections. it is, however, not too late for them to surrender because the defeat that awaits them in the coming elections will be comprehensive, total and decisive,” he said.

He also said the Nigerian people are suffering from what he described as the “arrogant ineptitude of APC government”. He said the government is bereft of ideas but would not admit its lack of knowledge and seek help.

The secretary of the coalition, Peter Ameh, said there are six other application from parties to join the coalition, which will be considered and approved if they meet the requirement.

On this, the chairman of the committee noted these parties would be accepted if their goals and mission fit that of the coalition.

He also added that with the recent addition, the number of parties under the coalition is up to 48.

Mr Oyinlola, therefore, assured the new members that their coming in this late will not in any way be a disadvantage but strengthen the patriotic zeal of everyone to achieve the common objective.